One of the World’s most eligible bachelor is officially off the market now! 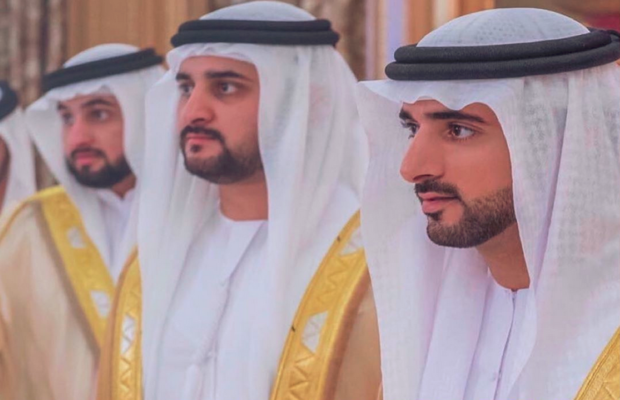 Sheikh Hamdan bin Mohammed, Crown Prince of Dubai, and his two brothers were married in a private family gathering on Wednesday evening.

The three brothers, who share the same mother, Sheikha Hind bint Maktoum bin Juma, reportedly had their Islamic wedding as they signed an official marriage contract.

As being reported a wedding ceremony is expected to follow, but it is not officially notified yet whether it is going to be a public or private celebration.

The crown prince’s sister Sheikha Latifa confirmed the news on her official Instagram account  by sharing  a picture of her brothers with a caption: “The nation rejoices.”

The news of the marriage took Emiratis with a surprise, while a few were left heartbroken.

Prince Hamdan is popularly known as Fazza, the name under which he publishes his poetry, and which means “the one who helps” in Arabic, has been on the list of most eligible bachelors.

The crown prince shares social media profiles on Instagram and twitter which are being followed by millions of people from all over the world.

Since the marriage announcement was made public social media has been buzzing with the congratulatory messages.

God save us the pulse of our hearts and our happiness Sheikh @HamdanMohammed
#حمدان_بن_محمد_بن_راشد God keep away from him all that hurts him and happy him as we pleased and Adam Good health and well being and long life #Dubai #UAE #Hamdanbinmohammed #Fazza #Faz3 pic.twitter.com/n57d0wk4s6

tweet
Share on FacebookShare on TwitterShare on PinterestShare on Reddit
Saman SiddiquiMay 17, 2019
the authorSaman Siddiqui
Saman Siddiqui, A freelance journalist with a Master’s Degree in Mass Communication and MS in Peace and Conflict Studies. Associated with the media industry since 2006. Experience in various capacities including Program Host, Researcher, News Producer, Documentary Making, Voice Over, Content Writing Copy Editing, and Blogging, and currently associated with OyeYeah since 2018, working as an Editor.
All posts bySaman Siddiqui