Ali, revealed that doctors had told her she had only one year to live as she had been diagnosed with Ewing’s Sarcoma 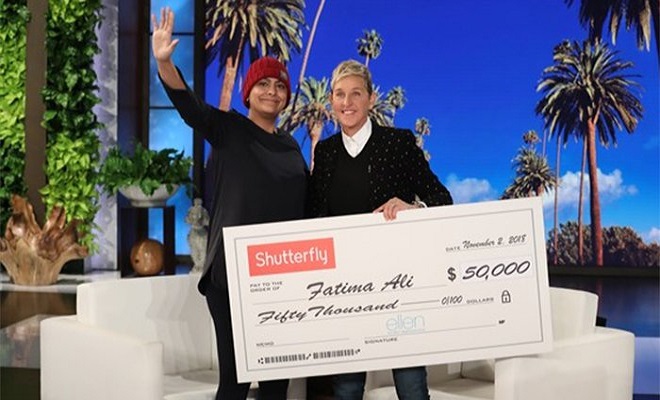 Pakistani-American Top Chef contestant Fatima Ali, who was voted “fan favorite” during the last season of Top Chef made an appearance on the Ellen DeGeneres show and made a heartbreaking revolution. Ali, revealed that doctors had told her she had only one year to live as she had been diagnosed with Ewing’s Sarcoma, a rare form of bone cancer, last year.

Fatima told Ellen how she had discovered back in September that her cancer had spread and she had only a limited time to live.

During the talk show, Ellen asked Fatima about how she wanted to spend her time and the upcoming year, Ali replied how her bucket list involved food and travel.

“I have so many restaurants I want to go to around Europe,” Fatima said. “Go to Italy. Go to France. Go to Spain. Go to South Africa … go on a safari. So many things I want to do,” she continued.

“I’m so looking forward to this next year because I’m surrounded with so much positivity,” Ali said. “I’m so lucky to have friends and family like I do.”

Ellen DeGeneres also surprised Ali with a check for $50,000 from Shutterfly to help ensure that she experiences everything she wants.

“We all should be living like that, because none of us know what tomorrow is,” DeGeneres said.

Fatima Ali’s co-chefs from  Top Chef have also set up a GoFundMe page to support Fatima’s travels and final wishes. Any funds that Fatima does not use will be donated to the Sarcoma Foundation of America.