Emilia Clarke Pens Down An Emotional Goodbye to Daenerys Targaryen 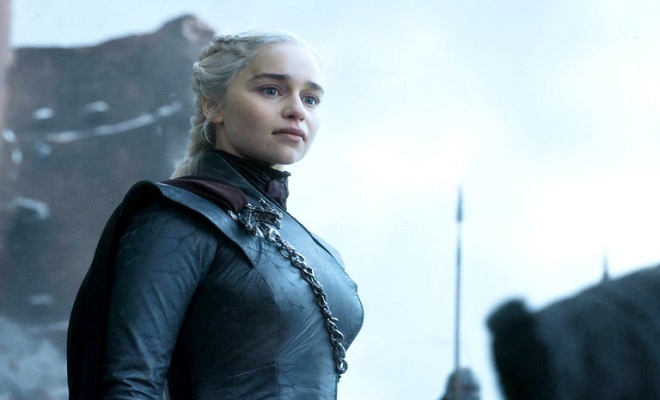 Just as Game of Thrones final episode aired on Sunday, fans had a hard time saying goodbye to one of the most popular shows of television history. The difficulty, of bidding farewell, came harder on the actors who have been associated with their characters for over a decade now.

Emilia Clarke who rose to fame with her character Daenerys Targaryen, played her onscreen persona for the last time on-screen as the television series wrapped up after eight seasons. An emotional Emilia took to Instagram to pen down a heartfelt post as she bid adieu to her long associated Dany.

“Finding the words to write this post has left me overwhelmed with how much I want to say but how small words feel in comparison to what this show and Dany have meant to me,” said the 32-years old actress.

“The mother of dragons chapter has taken up the whole of my adult life. This woman has taken up the whole of my heart. I’ve sweated in the blaze of dragon fire, shed many tears at those who left our family early, and wrung my brain dry trying to do Khaleesi and the masterful words, actions (and names) I was given, justice,” said the caption with a picture of GoT stars.

She further said, “Game of Thrones has shaped me as a woman, as an actor and as a human being.”

“But to you, dear kind magical fans, I owe you so much thanks, for your steady gaze at what we’ve made and what I’ve done with a character that was already in the hearts of many before I slipped on the platinum wig of dreams. Without you there is no us,” said Emilia who also wished her father with her to see this day of her accomplishment.

“And now our watch has ended,” referring to a famous phrase of the series, Emilia left fans in tears as she concluded her post.