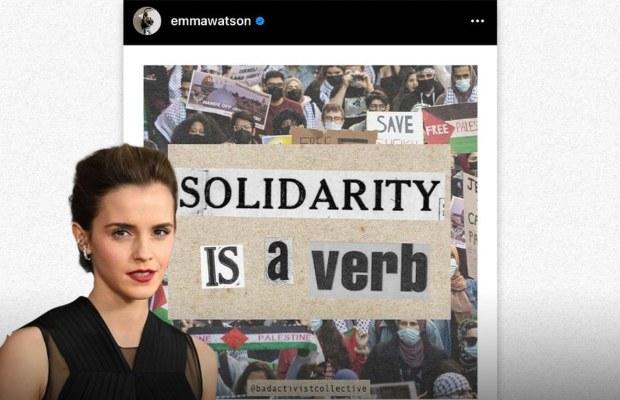 Emma Watson has been accused of being ‘anti-Semite’ as she expressed solidarity with the ‘Free Palestine’ Movement!

The British actress who became a household name globally for the portrayal of Hermione Granger in the Harry Potter films has voiced solidarity with pro-Palestinian activism on social media.

Her pro-Palestine stance has irked many including Israeli officials.

Israel’s Ambassador to the UN Gilad Erdan has condemned Watson with a photo of the post.

“Fiction may work in Harry Potter but it does not work in reality,” he tweeted.

“If it did, the magic used in the wizarding world could eliminate the evils of Hamas (which oppresses women and seeks the annihilation of Israel) and the PA (which supports terror). I would be in favor of that!”