Popular Turkish actress Esra Bilgic aka Halime Sultan announces to continue her education in a social media post on Thursday.

Turkish actress became a household name in Pakistan ever since the hit series Diriliş: Ertuğrul started airing at PTV dubbed in Urdu as Ertugrul Ghazi.

In her recent social media post, Esra Bilgiç aka Halime Sultan revealed that was her first day at school as a law student, without going into more details.

However, the literal google translation said it was science school. 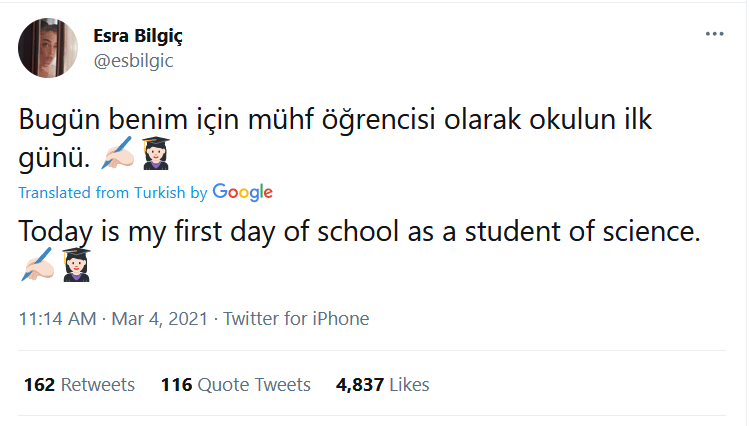 Her tweet has left many of her fans curious to find out more details of her plans of studying.

The 27-year-old Ankara-born model and actress was roped in by a leading cellular company in Pakistan to be their new face.

She also worked for a leading Pakistani fashion brand recently.

Esra made an appearance in the Peshawar Zalmi’s PSL6 anthem.

However there has been some hue and cry for including a foreign face who has no knowledge of cricket and ignoring local talent in PSL.

Esra Bilgiç, who plays Halime Sultan, has been keeping a keen eye on news regarding Pakistan as well.

She called out at Lahore Capital City Police Officer (CCPO) Umer Sheikh for his victim-blaming remarks towards the victim of the motorway gang-rape incident. She came across the incident through a BBC News report.

In a series of Instagram story posts, she schooled CCPO Lahore.

“Women can drive alone or with their children. The only thing you need to do is provide security,” wrote Esra Bilgic.

“You’re okay with gangs’ presence on your roads as a police officer? You think that if a woman chooses those roads to drive, there is a right to rape and kill them?”

“You’re displaying a shocking ignorance of this matter,” Bilgiç continued in a series of stories. “Before you advise, you should change your thoughts it seems impossible.”

“What a shame on you and people like yourself!”, she further added. 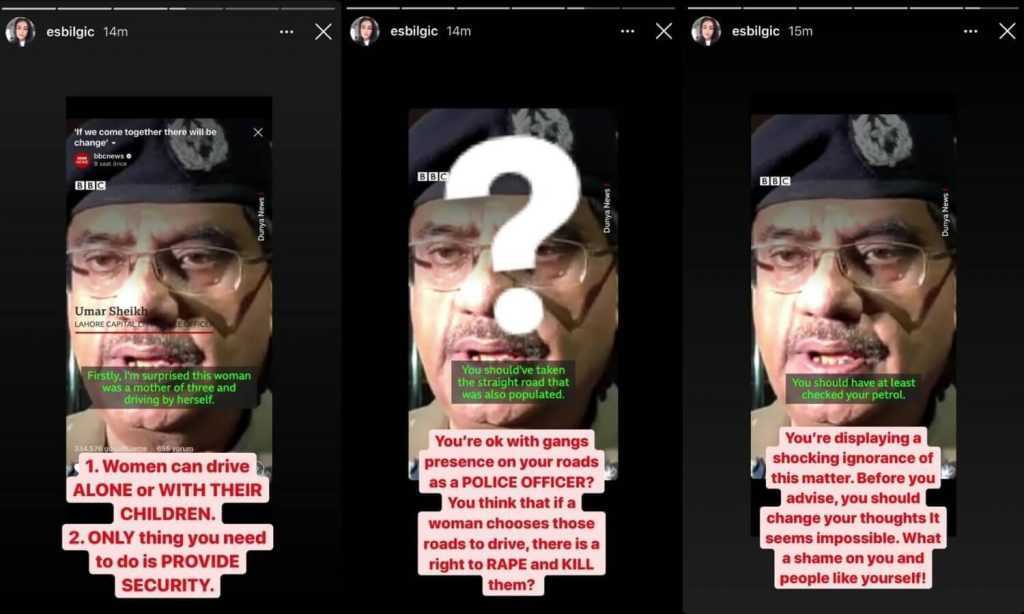 She earned praises from Pakistan after she called out the Bollywood actress and United Nations Goodwill Ambassador Priyanka Chopra for warmongering.

“Being patriotic doesn’t mean that you should encourage the war”, Turkish star Esra Bilgic slammed Priyanka Chopra in an Instagram post. 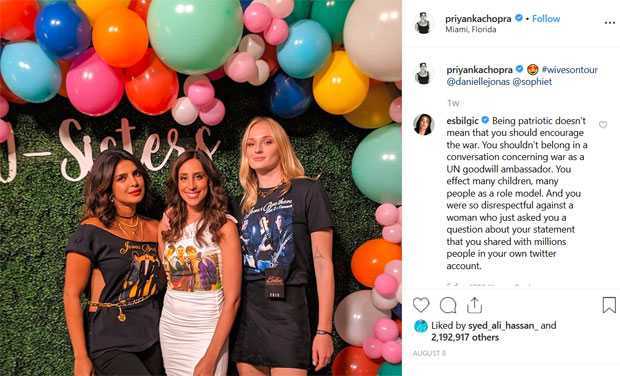