“Even my flop films do 100 crore business”, says Salman Khan

For the super star it is totally the audience who decide what they like and what not! 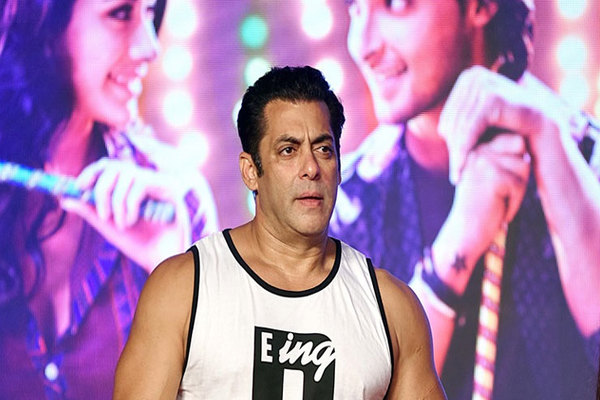 Bollywood star Salman Khan has dismissed all the allegations of nepotism for launching his brother-in-law Aayush Sharmain the lead role in his upcoming production Loveyatri. 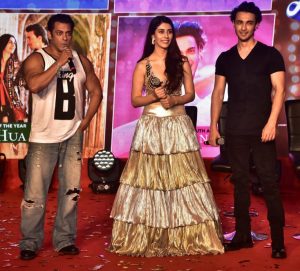 The 52-year-old actor commented that someone would have launched Aayush, if not him, as he has been working hard and preparing for his Bollywood debut for years.
While speaking at the special Loveyatri concert held in Mumbai, Salman Khan said, “He has been training hard. I knew this nepotism thing would come up. He is son of a politician how can you put him into this nepotism thing. This is the only one place where nepotism cannot work at all. It is the audience that will make you a superstar or will reject you no matter whose son or a brother-in-law you are,”

For being successful the Dabang Khan added, “I am one of the fortunate ones that even my flop films do business of over Rs 100 crore. I told Aayush and Warina that even if you deliver a flop film it should do Rs 160 crore at the box office. So now they have pressure of flop film.”

Pointing out the Bollywood industry that it has become a very competitive field which he believes is good, Salman Khan added, “You never know what they would like. You may be the best looking guy and best actor and they just reject you and you can have nothing. And then there is something about you that audience goes to watch your film in cinema halls but this is till your last film”. 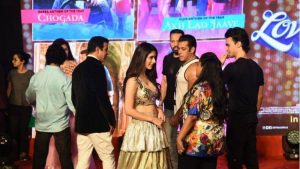 The super star still gets nervous on a Friday, especially when his films are releasing, be it as an actor or producer. “I remember when Maine Pyaar Kiya had released went on a bike with my friend in a theater to gauge the reaction of the audience. During the interval people saw me and I had to run away from there. It is one of the happiest moment for me”, Salman Khan further added.

https://www.instagram.com/p/BoN1xhnnTLG/?hl=en&taken-by=beingsalmankhan
His upcoming production Loveyatri, which was previously titled Loveratri is slated for October 5 release.

tweet
Share on FacebookShare on TwitterShare on PinterestShare on Reddit
Saman SiddiquiSeptember 28, 2018
the authorSaman Siddiqui
Saman Siddiqui, A freelance journalist with a Master’s Degree in Mass Communication and MS in Peace and Conflict Studies. Associated with the media industry since 2006. Experience in various capacities including Program Host, Researcher, News Producer, Documentary Making, Voice Over, Content Writing Copy Editing, and Blogging, and currently associated with OyeYeah since 2018, working as an Editor.
All posts bySaman Siddiqui