The fourth installment of Pakistan Super League (PSL) just is just a day ahead; the participating teams that will shines on the grounds of the recent cricket event have gotten tough schedule with their pre-launch activities to hype-up the eager fans. A recent turn of events on Saturday, The Karachi Kings launched the team event for the season.

The owner of Karachi Kings, Salman Iqbal, with team’s coach Mickey Arthur, and team president Waseem Akram joined the press conference where Fahad Mustafa as a goodwill ambassador and supporter of Karachi Kings was hosting the event.

In the midst of talk during a question and answer session with reporters, famed actor and host Fahad Mustafa was mistakenly called Fawad by Samaa TV’s reporter and this was the point where the trouble started between Fahad and the reporter. Fahad, instead of letting it go as a simple slip of the tongue, got upset at the reporter and made an offhanded comment as a retort.

Fahad who always known for his blunt remarks, called out the reporter for the mistake and cited it as a reason for journalists not being paid their salaries. He even called to turn off the reporter’s mic afterwards instead of answering his questions.

Considering the kind of his star privilege and social standing Fahad has in the society, it was extremely rude of Fahad to insult someone on such a tiny honest mistake.

The video of the incident is doing rounds on the internet shows the other side of the picture too. In response to Fahad’s comment, the reporter, Shoaib Jutt clearly loses his cool and goes on to address Fahad in an insulting manner. He also trolled Fahad for comparing current cricketer Muhammad Amir to cricketing legend Waseem Akram and teased him to get educated about the matters of cricket. 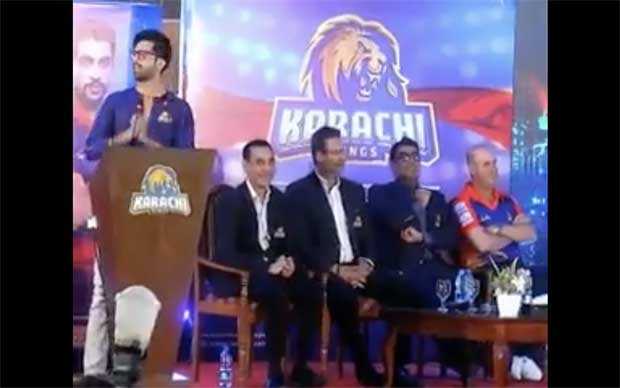 It was not only the reporter’s tone sarcastic, but it also crossed the border of politeness. And it was this condescending manner of speaking that had Fahad calling for the reporter’s mic to be turned off.

Fahad Mustafa has always been known to be unwaveringly controversial, the actor does have a rather flit nature and temperamental aura about him.