Mustafa's character Gulab in Quaid e Azam Zindabad was recognized for his efforts in unveiling social evils, including corruption and bribery. 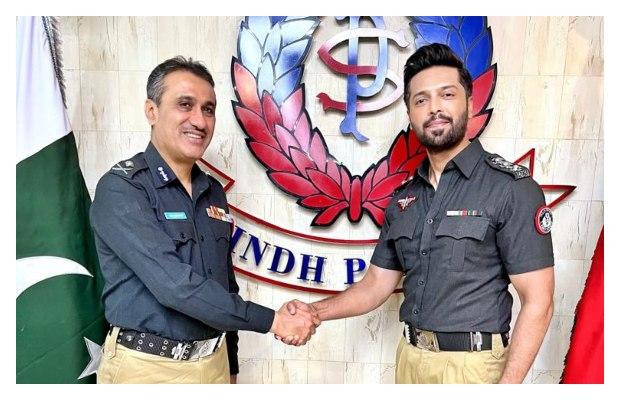 Fahad Mustafa has been made an honorary Sindh police officer!

Appreciating his role in the actor has been honored with the Police Honorable Mention on the occasion of Independence Day for his performance as a policeman in the recent hit film Quaid e Azam Zindabad.

Mustafa’s character Gulab was recognized for his efforts in unveiling social evils, including corruption and bribery.

IG Sindh Ghulam Nabi Memon awarded the honorary title of police to Fahad Mustafa, the well-known actor of Pakistan, during a simple and dignified ceremony at the Central Police Office Karachi.

Announcing the achievement on Instagram, Mustafa wrote, “Today, I truly believe Gulab has achieved his biggest dreams. Many many thanks to IG Sindh Police Ghulam Nabi Memon for honouring me with the title of Honorary SSP, this Independence Day, and for bringing Gulab’s ambitions to life. I will never get over the love and support you all have shown to this character and Quaid-e-Azam Zindabad, and I hope to continue serving my nation proudly!” he said.