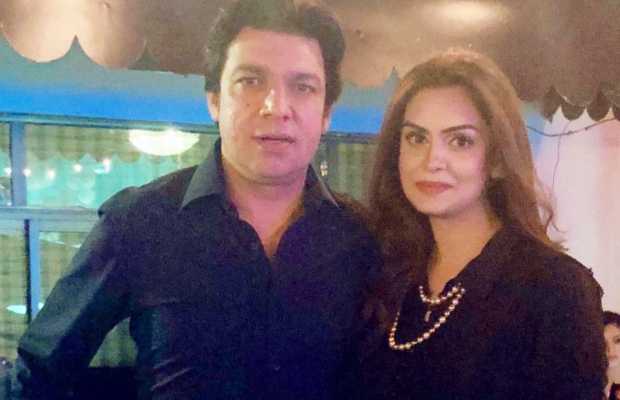 A tweet from a renowned Pakistani anchor person congratulating PTI’s MNA Faisal Vawda on being elected as Senator has left the internet surprised.

Saadia Afzaal also shared an intimate photo of her with the newly elected Senator in her Twitter post.

Her congratulatory post became news for many as people were unaware of their marital status.

In response to  Saadia Afzaal’s tweet, people expressed surprise and congratulated her, while the anchorperson also thanked them for their wishes.

Soon there was a long queue of congratulatory messages on the Twitter timeline for Faisal Vawda and Saadia Afzaal Khan.

And there were a couple of hundreds of replies of surprised reactions as well!

According to the sources, Saadia Afzaal and Faisal Vawda tied the knot two years ago but it was not disclosed to the media.

And the revelation of the marriage comes at the time when Faisal Vawda has been elected Senator.

Saadia Afzaal has been working as an anchorperson for many years, while Faisal is a dynamic leader of the ruling PTI.

Earlier in April 2019, news kept circulating on social media that the leader of the ruling party had married Sadia Afzal, a well-known female anchor person of a private TV channel.

Reports claim that Faisal Vawda is already married, while this is his second marriage.

In this regard, a tweet was earlier shared by well-known journalist Syed Aun Shirazi claiming that the marriage took place in 2018, after which a debate erupted regarding Vawda’s second marriage.

However, Pakistan Tehreek-e-Insaf (PTI) leader at that time reacted strongly and said that the media should not give false news without investigation.

Despite the circulating marriage rumors both kept remarkably tight-lipped about their relationship.

However the cat is finally out of the bag after Vawda was elected senator yesterday, and Saadia Afzaal lovingly treated him Congratulations.