The contestant received Rs10,000 cheque with Amitabh’s signature for the right answer 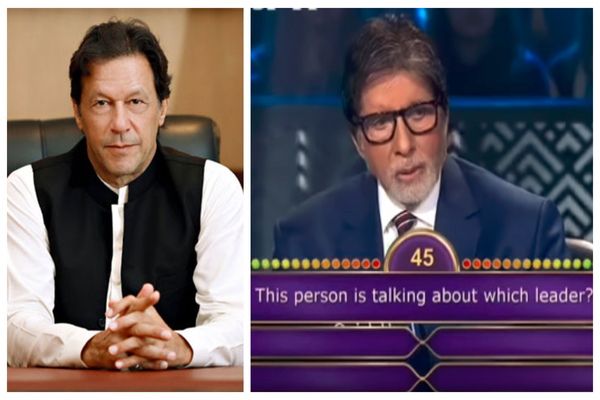 The game show is hosted by superstar Amitabh Bachchan. In a recent episode, a question was asked about the PM Imran Khan with the aid of an audio recording clip was played for the contestant and was asked to identify the person, who was being praised by the speaker.

As the person speaking in the audio clip said, ‘“He started from scrap, with one seat, and went on to become prime minister”.

The question put forward for the contestant was to identify the leader by listening to the audio clip. Then, according to the show format four options were put forward to choose the right option.

And the contestant without much hesitation selected option C. Imran Khan.

Later the host of the game show Amitabh Bachchan revealed the identity of the person speaking in the audio clip.

It was Navjot Sidhu, who also visited Pakistan recently to attend the inauguration ceremony of Imran Khan on 18th of August 2018.

The contestant received Rs10,000 cheque with Amitabh’s signature for the right answer.