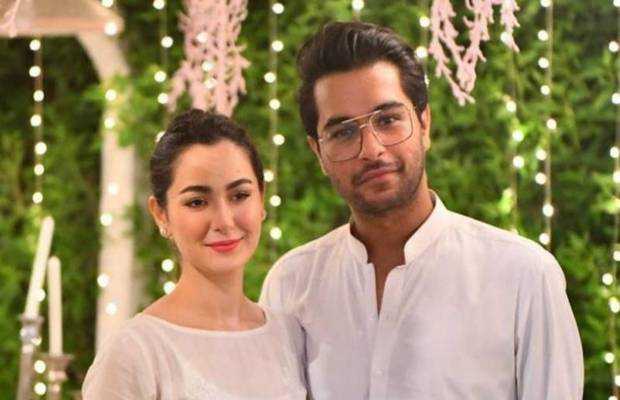 Pakistani netizens never fail to amaze one and if you thought you had seen it all, this latest stunt would prove you wrong. In a one of its kind protest, singer Asim Azhar’s fans are gathering outside Hania Aamir’s residence in Karachi to basically protest against the couple’s breakup.

Titled ‘Justice for Asim Azhar’, an event page has been set up on Facebook and as many as 28,000 people have confirmed attendance for the protest to take place on Sunday.

Demanding ‘justice’ for the singer may not make sense in the scenario but ever since the news of the Tum Tum singer and Ishqiya actress’s breakup came out, people cannot help but sympathize with Asim who seems to be a victim of heartbreak.

Read More : Hania Aamir clears the air over her relationship with Asim Azhar

While Asim himself has remained mum on the topic, Hania has been the one to first announce the news and then to respond to trolling of Asim’s fans.

“Asim is a beautiful part of my life and we have seen some insane times together. We share a bond beyond anyone’s comprehension. We choose to look at and acknowledge love, not hate,” wrote Hania on social media after netizens got at her case for breaking up with longtime beau.

It would however be interesting to see how Hania reacts to the planned protest that was earlier to take place outside her home on Sunday,5 p.m but now has been moved to Frere Hall, Karachi. 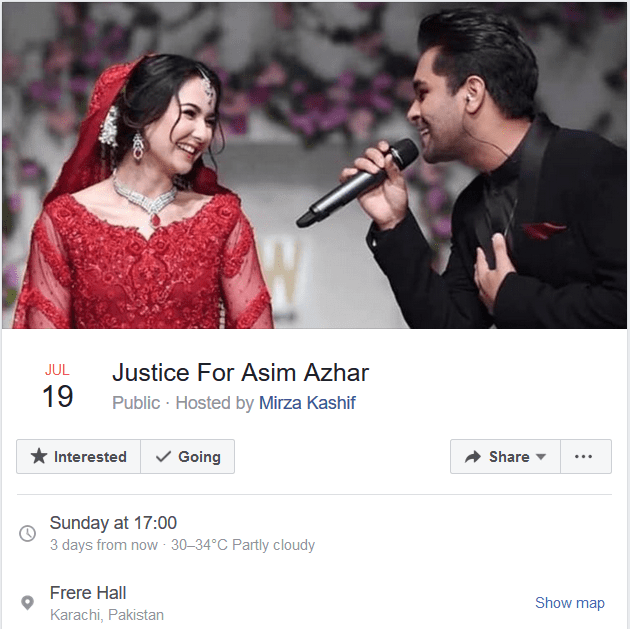