He was a well known writer, columnist, cartoonist and TV producer. 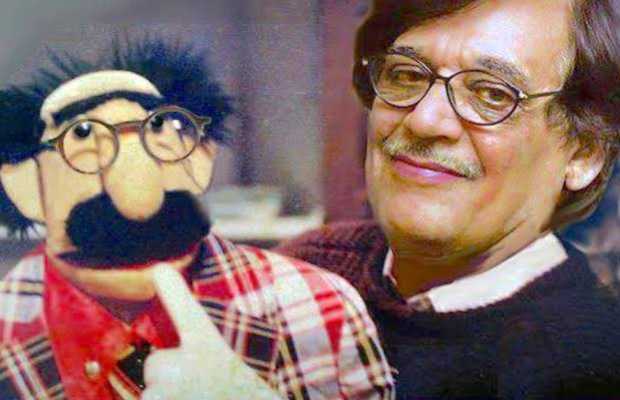 Farooq Qaiser, the legendary Uncle Sargam passed away in Islamabad on Friday.

King of social satire, comedy, puppetry, and communication, who trained and entertained at least two generations with his timeless work.

Pakistan Television’s official handle broke the news to his millions of fans in a tweet, saying, “We regret to inform you on the passing away of a true legend, and an icon of television & one of the pioneers of puppetry & art in Pakistan. PTV’s #QaisarFarooq is no more”.

Born on 31 October 1945  in Lahore, He is graduated with Fine Arts in 1970 from the National College of Arts (NCA). Later he mastered Graphic Arts from Bucharest, Romania in 1976 and trained for puppetry there.

He obtained a masters degree in Mass Communication in 1999 from the University of Southern California, United States

He is well known for his fictional puppet Uncle Sargam which was introduced in 1976 in children’s television show Kaliyan, which later adopted adult satire.

Farooq Sahab started his TV career in 1971 when his teacher Salima Hashmi put him into her children’s television puppet show Akkar Bakkar.

In that show, he worked along with the help of Shoaib Hashmi and Faiz Ahmad Faiz on the scripts and puppets.

Later in 1976 he directed and wrote his own puppet show Kaliyan which earned a high ranking in Pakistan at that time.

He created his own fictional puppet characters for that show including Uncle Sargam, Haiga, and Maasi Museebte. These characters became household names in Pakistan.

He also gave the voice of Uncle Sargam in that show, which was created by him for resembling his teacher Molnar from Romania

He is also worked for the Urdu language Lahore-based daily newspaper Daily Nai Baat, as a cartoonist publishing cartoons on a daily basis.

He also wrote columns under the title Meethay Karelay for Nai Baat.