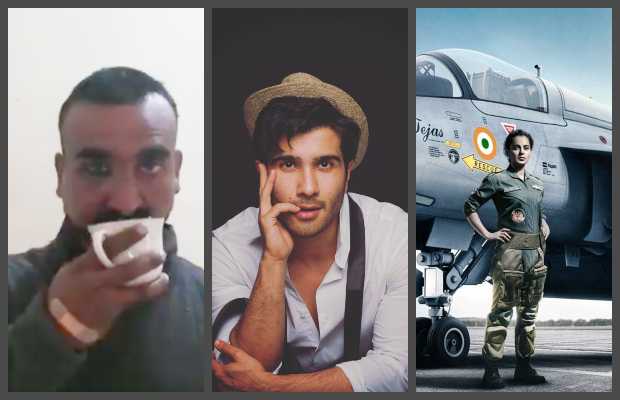 It was a day ago when a piece of news about Bollywood’s queen of controversy’s upcoming film was shared on twitter along a poster featuring Kanana standing in front of a jet.

The film titled Tejas is to go on floors in December this year, according to the news bit.  Kangana will play and Indian Air Force pilot in the film.

The tweet caught Khani star’s attention and to which he responded, “new jets ?? I see! Come over for chai sometime with us”.

new jets ?? I see ! Come over for chai sometime with us 🌹@KanganaTeam https://t.co/aNwkd0Bw8f

We are just offering them tea. How we have lost our good sense. You are not making any sense here.

He offered her chai. What is wrong in that?

The case didn’t rest here, Feroze Khan later replied to some of the Indian trolls himself:

– google’s CEO is sunder pichai … you think they will project Pakistan in any good shape? Recently shot down a aircraft – the recent 🏆 🇵🇰 https://t.co/PgpC8pyp7r

and that’s what I am now about to do at the cost of anything I will fight for what I think is right… I don’t care who thinks what. https://t.co/OU3DqGFdWd