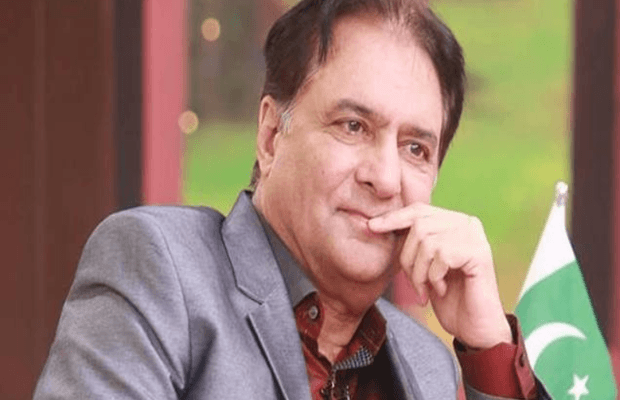 Veteran actor Firdous Jamal who came under fire a while ago for passing rude comments about Mahira Khan, stumbled upon another controversy with his recent remarks.

While appearing as a guest in ARY’s show Hamare Mehman, the senior actor conveniently undermined all present age actors and did not stop there. He further dismissed Imran Ashraf’s phenomenal performance as Bhola (Ranjha Ranjha Kardi) as mediocre.

When asked about Firdous sahb’s favorite amongst the current lot (or who does good enough), this is how the actor responded.

“There is no best performer [in Pakistan]. They are all models, showpieces. They don’t know that acting is something else. It’s like a dummy at a store which people dress up for display,” (translation Dawn) said Firdous sahb.

The veteran actor was then reminded of some exceptional actors of today who have impressed audiences with their performances off late. Topping the list was of course Imran Ashraf with his Bhola.

Veteran actor #FirdousJamal undermines the entire younger industry actors and actresses even running stellar actor #ImranAshraf under the bus, saying the role of #Bhola wasn't a spontaneous one. Sir, with due respect we beg to differ. His acting was anything but pretentious 🙏 pic.twitter.com/SYUx46CGBe

“That role was all pretension, not spontaneous at all… he acted, he didn’t behave,” responded Firdous sahb.

While fans could have fumed over Firdous Jamal’s comments and a new controversy could swirl up, Imran came out as a humble yet bigger person.

“Firdous Sahib is a very respectable and brilliant actor. If he did the role of Bhola, he would’ve done it a thousand times better than me. I respect him and his opinion,” tweeted Imran in response of senior actor’s remarks.

“My humble request to every one, my friends my viewers, I didn’t mind his comments at all and I will try to learn more. Please no harsh comments for him. When our elders say something to us at home it’s not necessary to take it badly,” he added.

Well what can we say, just that Imran once again wooed us with his niceness?