“The first appearance of Ranbir from the jail, I thought it was Sanjay Dutt”, says Rishi Kapoor

Sanju's trailer has impressed everyone including Ranbir's Dad 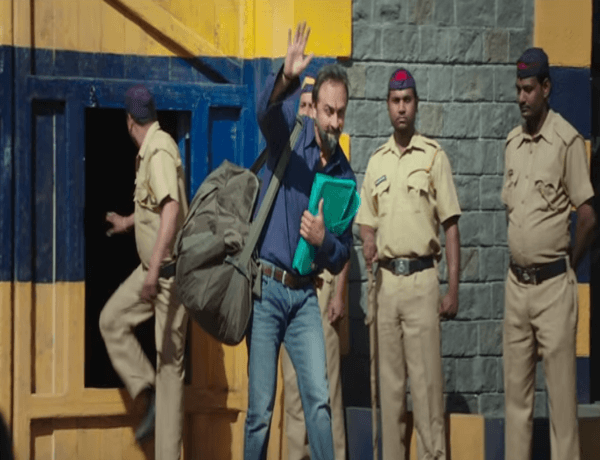 Rishi Kapoor was left more than overwhelmed after watching the trailer of Sanju, a biopic on actor Sanjay Dutt (essayed by Ranbir), directed by Rajkumar Hirani, and find his son and actor Ranbir Kapoor’s work in the film beyond comparison.

It has been things of past when senior Kapoor wasn’t much impressed by his son’s performances in couple of films. But according to the father now, while watching the trailer he couldn’t recognize Rabir Kapoor. Rishi said “You don’t know how emotionally triggered I am right now at the point where Vinod (Chopra) and Raju (Rajkumar Hirani) have shown me this trailer. The first appearance of Ranbir from the jail, I thought it was Sanjay Dutt”. Rishi Kapoor’s statement was released by a wire.

“The way Rajkumar Hirani has presented Ranbir is the biggest superb thing; the boy has really done well. I am so proud of him. I swear on (wife) Neetu and Ranbir, I did not think it was Ranbir, I thought it was Sanjay Dutt”, says Rishi Kaapoor after watching the trailer.

Upcoming film Sanju will be showcasing the highs and lows of Sanjay Dutt’s life. The film also include stars Paresh Rawal, Manisha Koirala, Vicky Kaushal, Sonam Kapoor and Dia Mirza. It is co-produced by Vinod Chopra Films and Rajkumar Hirani Films in association with Fox Star Studios, the film is slated to release on 29 June.

tweet
Share on FacebookShare on TwitterShare on PinterestShare on Reddit
Saman SiddiquiMay 30, 2018
the authorSaman Siddiqui
Saman Siddiqui, A freelance journalist with a Master’s Degree in Mass Communication and MS in Peace and Conflict Studies. Associated with the media industry since 2006. Experience in various capacities including Program Host, Researcher, News Producer, Documentary Making, Voice Over, Content Writing Copy Editing, and Blogging, and currently associated with OyeYeah since 2018, working as an Editor.
All posts bySaman Siddiqui