First Lady Bushra Maneka is the most ‘Googled’ person in Pakistan 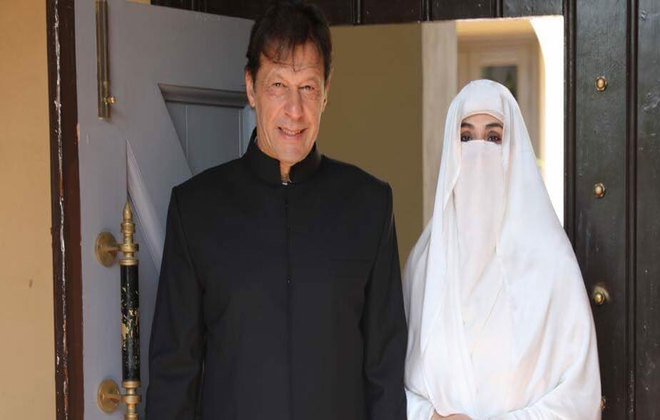 Google has released its 2018 “year in search” lists of what internet users sought out throughout the year. First lady Bushra Maneka is Pakistan’s most Googled person of the year.

Prime Minister Imran Khan got married to Bushra Maneka in February 2018. This is Khan’s third marriage. She is seen by her husband’s side be it going for Umrah and attending Khan’s oath-taking ceremony.

Earlier in September, she gave her first television interview, being the first lady, she kept admiring PM Imran Khan. She said, “Pakistan is fortunate to have a leader like Imran Khan. He is not a politician but a leader for us”.

After completing the first 100 days in office, PM has accredited the success of his government to his wife. He has remarked that he would not be able to achieve anything without Bushra Bibi being by his side.

tweet
Share on FacebookShare on TwitterShare on PinterestShare on Reddit
Saman SiddiquiDecember 13, 2018
the authorSaman Siddiqui
Saman Siddiqui, A freelance journalist with a Master’s Degree in Mass Communication and MS in Peace and Conflict Studies. Associated with the media industry since 2006. Experience in various capacities including Program Host, Researcher, News Producer, Documentary Making, Voice Over, Content Writing Copy Editing, and Blogging, and currently associated with OyeYeah since 2018, working as an Editor.
All posts bySaman Siddiqui