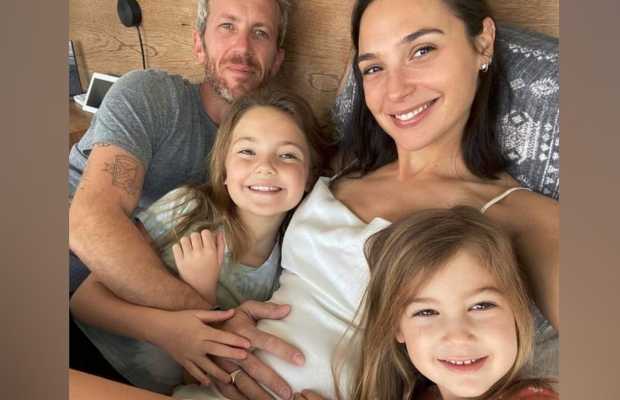 The Wonder Woman 1984 star Gal Gadot is expecting her third child with her husband Jaron Varsano.

The announcement was made by the 35-years old actress  in a social media post just a few hours after her appearance at the 78th Golden Globe Awards.

Gal Gadot in an Instagram post on Monday shared a family photo to announce the big news.

The photo features the actress with her husband Jaron Varsano and daughters Alma and Maya. Gal can be seen all smiles, wearing a strappy white satin dress and also clicking the selfie.

While her husband and kids have their hands placed on her baby bump.

Gal Gadot tied the knot with Jaron Varsano in 2008.

After Wonder Woman 1984 released last year in December,  Gal Gadot will be next seen in Death on the Nile and Red Notice.