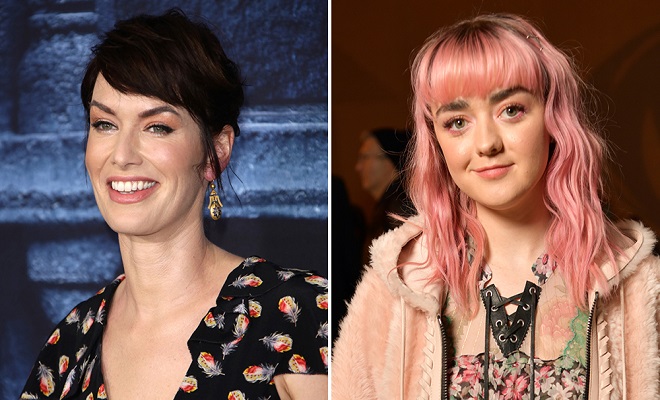 Arya Stark who pretty much became the bestest fighter of Game of Thrones after stabbing the Night King with her dagger, was expected to finish off her kill list in the last season. The list that had Cersei Lannister’s name at the top.

Much to our dismay and Masie Williams’ too, who played the character, the writers had a different end in mind for Cersei and Arya was left kind of with unfinished business. Masie spoke to an American publication and shed light on what she expected as she read the final script.

“Even up to the point when Cersei’s with Jaime I thought [while reading the script], ‘He’s going to whip off his face [and reveal its Arya]’ and they’re both going to die. I thought that’s what Arya’s drive has been,” said the 22 year old actress.

“I wanted Arya to kill Cersei even if it means [Arya] dies too,” Masie reiterated.

Apart from killing Cersei, Masie also wished to share screen with Lena Headey who played the character of the most hated woman on the show. Unfortunately fans and Masie were left deprived of the one last chance to see the badass women against each other on screen.

“I just wanted to be on set with Lena again, she’s good fun,” said Maisie.

Lena reciprocated a similar wish, “I lived that fantasy until I read the script, [but] there is something poetic about the way it all happens in the end with her and Jaime.”

However, Arya did agree and found the ending she got justifiable. She shared how she did not expect to be seen where she was at the end of the TV show, but could comprehend the reasoning behind her climax.

“Sleeping with Gendry, seeing Jon again, realizing she’s not just fighting for herself anymore but also her family — it’s bringing up all these human emotions that Arya hasn’t felt for a long time,” concluded Masie, who regardless of the unexpected ending found that Arya had more than one purpose to live.