Game Of Thrones Season 8 Episode 3 Review: Tell that to her 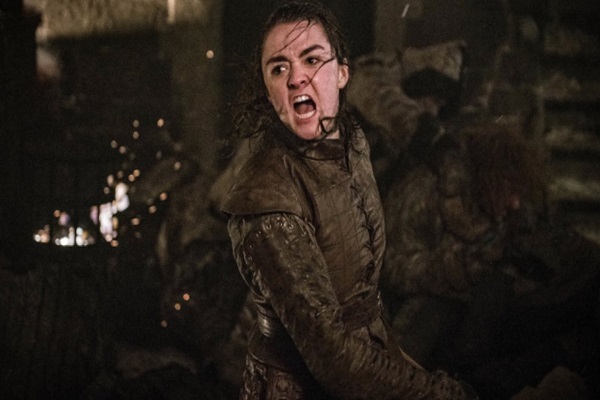 Do you think that the killing of the Night King was abrupt and contrived?

If your response is yes, I would like to go in Beric’s shoes & shout ‘tell her (Arya) that’.

A lot has been written about it. Every visible second (thanks lighting) analysed and discussed. But this idea that Arya was somehow unprepared to take on the Night King sounds absurd to me. A friend of mine referred to it as Deus ex machina. I ain’t buying it.

The reason is simple. From the very outset, Arya has been prepared to this moment. She trained with the best of the best in their trade. For a number of seasons, her training was a main focus. Syrio Forel trained her to be perfect with needle. Yoren, gave her the will to live and tendered the fire in her. Up next, was the Faceless men’s gruesome training. For some at that stage, mercy killing could have been kinder. We could add the time spent ‘The Hound’. It was a lesson and a half on its own.

Add to the fact that she is brave enough to know her limitations, unlike to her ‘Mou bola bhai’. She is tactical enough to change weapon as per the need of the battle, wise enough to hide in plain sight to make a better entry. Whereas, one cant question the bravery of Jon Snow (well, he is Jon Snow for me) but no one should try to fight an ice dragon from the ground. He might be a great swordsman but his military tactics are top notch.

The show built Arya for 7 seasons. The eye to eye between Jon and Night King perhaps was just a distraction. Yes, there weren’t big names falling. Perhaps there is unfinished business at the capital.