Top American model Gigi Hadid has joined a number of celebrities who preferred to quit Twitter after the new boss Elon Musk took over the multi-billion dollar microblogging company.

“I deactivated my Twitter account today. For a long time, but especially with its new leadership, it’s becoming more and more of a cesspool of hate & bigotry, and it’s not a place I want to be a part of,” she announced in her Instagram stories.

She also added that she feels sorry for her fans whom she loved connecting with for nearly a decade via Twitter, but she “can’t say it’s a safe place for anyone, nor a social platform that will do more good than harm.” 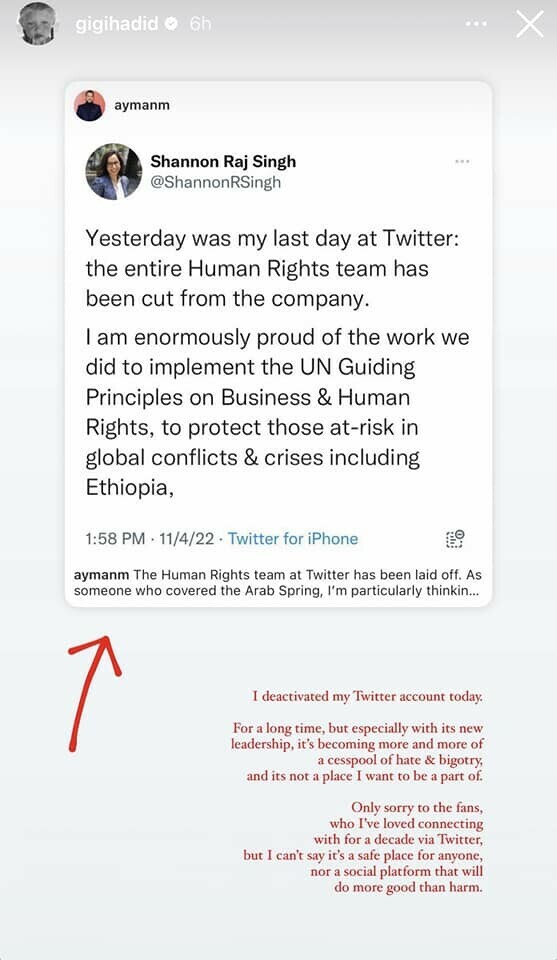