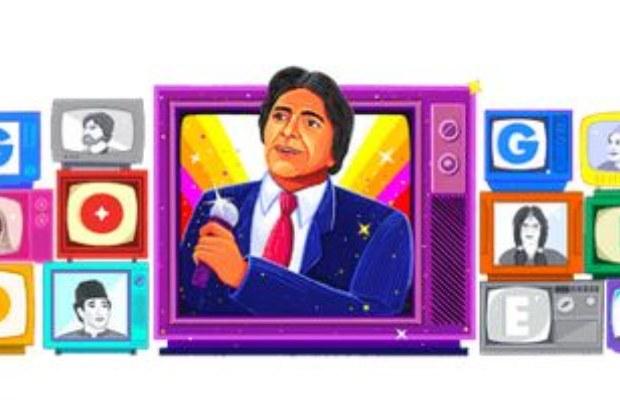 Search giant honoured legendary actor and comedian on his 71st birthday with a beautiful doodle featuring him on several TV screens. The images included some of the iconic characters Moin Akhtar had played from TV dramas and comedy skits.

Some of those include Rozi, the poet in Angan-Terha, and the transvestite in Loose-Talk.

Legendary actor Moin Akhtar started with one-man shows on stage, and played roles on TV screens and films, from the youngest to the oldest, and captivated his audiences with his impromptu, and beautiful humorous sentences.

He was born in Karachi on Dec 24, 1950, and before the arrival of television in Pakistan, Moin Akhtar had won the hearts of the audience with his first performance on stage at the age of sixteen.

And rose to excellence and fame by paring up with Anwar Maqsood for the transvestite in Loose-Talk.

He was awarded the Pride of Performance Award in 1996 and the Sitara-i-Imtiaz in 2011.

Moin Akhtar passed away suffering a cardiac arrest on April 22, 2011, in Karachi.