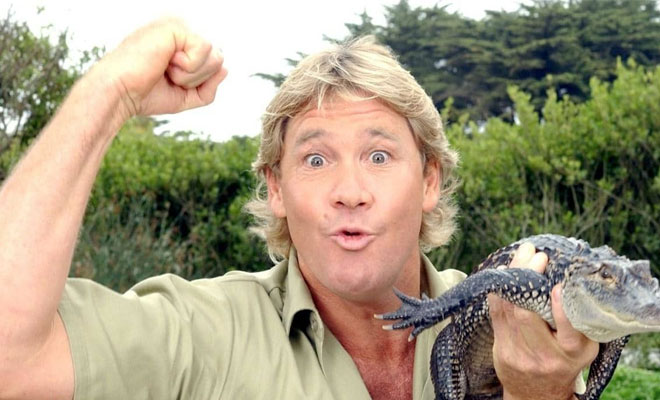 Google Doodle paid homage to the Crocodile Hunter, Steve Irwin for all his service on Friday. It was the late wildlife conservationist’s 57th birth anniversary.

The six-slide doodle is detailed and showcased Irwin’s passion for animals, love for crocodiles and the time he spent with his family. One of his famous catchphrases, ‘Crikey!’ is also depicted.

Social media users appreciated the gesture and discussed how much they missed seeing Irwin on television.

On Twitter, the official handle @GoogleDoodles posted a picture with the caption: “CRIKEY! Today’s #GoogleDoodle celebrates #SteveIrwin, the legendary Australian wildlife advocate and television personality whose bravery and passion opened the eyes of millions to the wonders of wildlife.”

Born in Melbourne, Australia, on this day in 1962, Irwin grew up to become a zookeeper. He rose to fame with his hit television documentary series The Crocodile Hunter, from where he got his famous nickname.

He went on to do many wildlife series in his life, before his untimely death in 2006.

Irwin died following his passion, when a stingray barb pierced through his heart, while he was filming a documentary called Ocean’s Deadliest.

He learnt to wrestle crocodiles from the age of nine and people remember him for his passion for wildlife, which he passed on to his children Bindi Irwin and Robert Clarence Irwin.

In 2001, the Australian government awarded him the Centenary Medal for a lifetime of service, and in 2004 he was nominated for Australian of the Year.

During his career, Irwin also discovered a new species of turtle, which is named ‘Elseya Irwini’ in his honour. In April 2018, was honoured with a star on the Hollywood Walk of Fame.

People shared the doodle online and reacted to it positively.

@NickRhcp95 posted: “Happy Birthday to the greatest Australian legend… hurry up and put him on money #SteveIrwin #happybirthdaysteveirwin #Australia #CrocodileHunter.”

Tweep @AlyssaC61574239 was emotional. She posted: “#CrocodileHunter in on and I can’t help but cry a little. I may always mourn #steveirwin dying.”

#CrocodileHunter is on and I can’t help but cry a little. I may always mourn #steveirwin dying. 😭😭😭

On Instagram, Irwin’s daughter @bindisueirwin posted a picture with her father and a koala bear, with the caption: “Thank you for always being my guiding light.”

The 15-year-old also has a passion for animals and has appeared on the Tonight Show with Jimmy Falon, where he has showcased different kinds of animals to create more awareness about their species.

He is also an acclaimed wildlife photographer. Last year, his picture titled ‘The Catch’ was selected by London’s Natural History Museum’s Wildlife Photographer of the Year competition.

The siblings are following in their father’s footsteps and star in the in the reality-television series ‘Crikey! It’s the Irwins’ on Animal Planet. The show is being renewed for a new season.