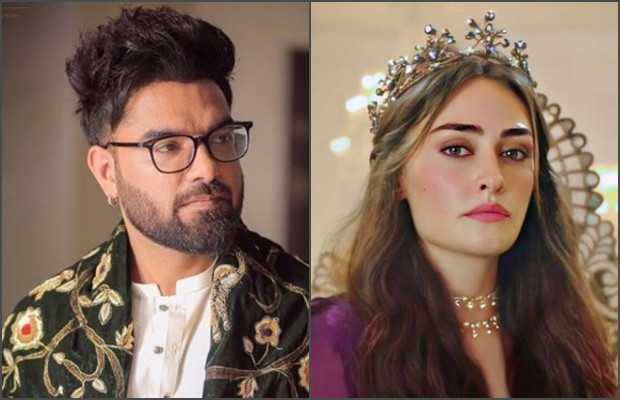 Google has listed Turkish actress Esra Bilgiç as Yasir Hussain’s mother and we are left wondering what on earth has lead to this development!

Popular Pakistani actor, DJ, and host Yassir Hussain, who is pretty vocal on social media as well, was among those who objected to Esra Bilgic’s Pakistani brands’ endorsements.

Yasir maintained that the Pakistani brands should be signing local artists as their ambassadors and his voice was echoed by a few Pakistani celebrities including Aimen and Minal Khan as well. 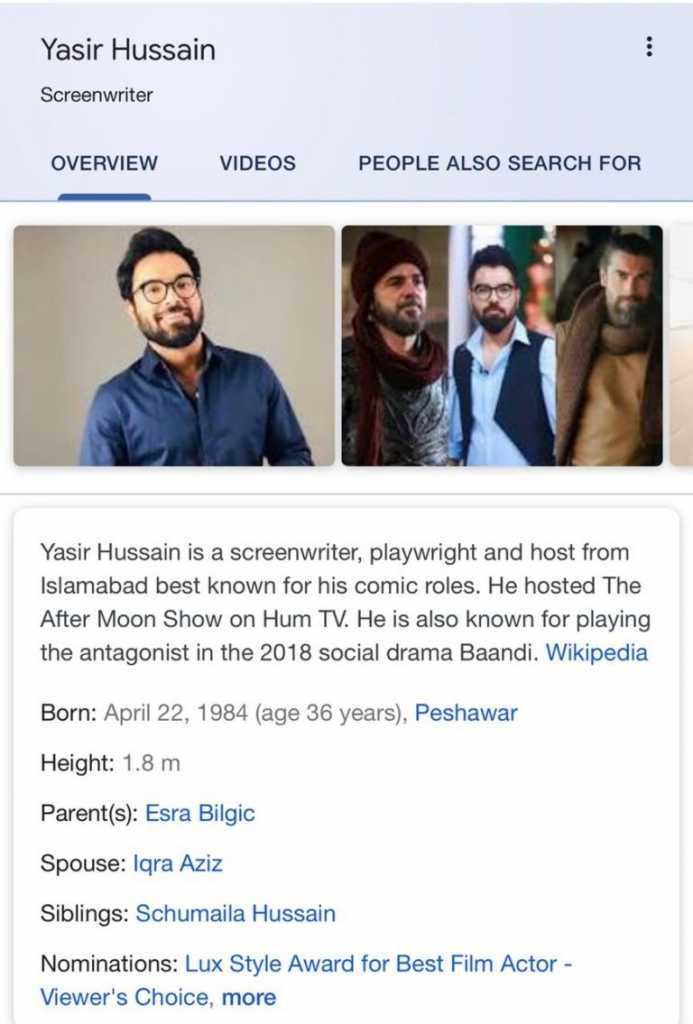 Yasir has often found himself at the receiving end of flak with his comments on Turkish actors and dramas.

Ever since Dirilis Ertugrul has made it to Pakistani television with its Urdu dubbed version Ertugrul Ghazi and fans have poured in love for its main leads Engin Altan Düzyatan and Esra Bilgic, it’s only natural that local brands are eyeing the two actors to endorse their products.