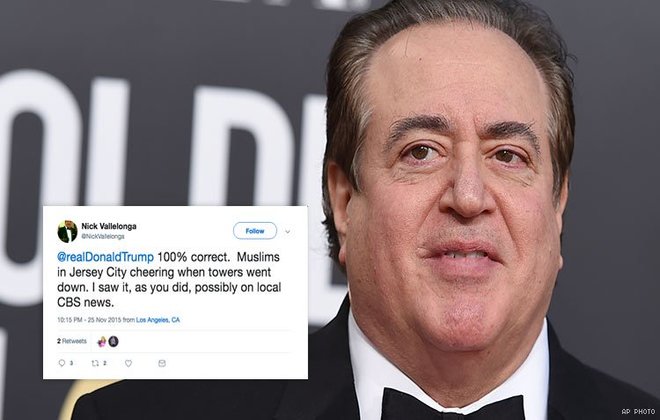 Nick Vallelonga, one of three screenwriters who worked on Green Book, has been sharing his thoughts some time back on twitter. And his resurfaced tweet echoes an exposed claim which supported by then-presidential candidate Donald Trump on the campaign trail saying that some people were seen cheering on the day of the 9/11 attacks, back in November 2015.

Screenshot of the Vallelonga’s tweet was shared by La La Land producer Jordan Horowitz which reads: “@realDonaldTrump 100% correct. Muslims in Jersey City cheering when towers went down. I saw it, as you did, possibly on local CBS news.”

He captioned the screenshot saying, “Nick Vallelonga wrote Green Book. My industry just gave him a Golden Globe for writing. This remains on his timeline. Mahershala Ali is a Muslim, and a beautiful, generous and kind man. This is all just too disgusting”.

And since then Vallelonga’s account on Twitter could not be found. Jordan Horowitz’s tweet has received more than 3,000 responses, which include criticism from many people over Vallelonga’s claim.