Hadiqa Kiyani writes a note in support of single mothers 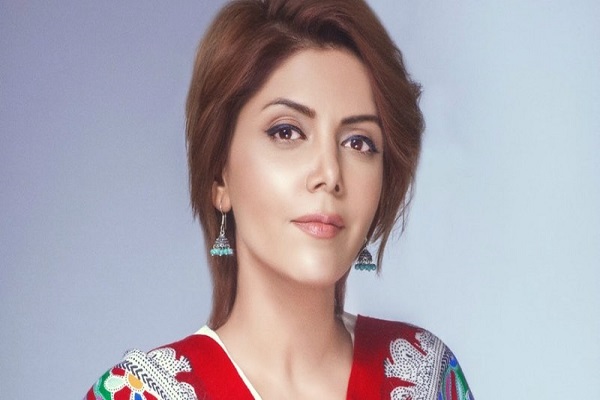 Hadiqa Kiyani one of the most iconic and celebrated female singer and philanthropist. She adopted a child as her son after the 2015 earthquake from Edhi Foundation. She named him NaaD e Ali and now that child has grown up into a cute teenager.

Recently after Hadiqa shared pictures with her son, she received hundreds of messages from people who suggested that she should remarry. Hadiqa also received a proposal from a suitor who had used her son as an excuse to marry her.

All this has perhaps set Hadiqa off and she shared a heartfelt note on her social media, supporting single mothers and requesting people to respect their parenting capabilities. “The notion that the single mother is a victim needing your pity or love is beyond me. The fact that men like this think that I, or any woman, is desperate for marriage because she has a child is disgusting. Having a child is not a disability. It’s an honour and privilege.”

She added more, “Stop using the child of a woman as a way to romance her or as a way to force her into a relationship because this society makes it seem like single mothers aren’t capable of raising their children on their own.”

Sharing her memories when she adopted his son she wrote, “When I chose to adopt, I was told by many that it would ruin my chances of remarrying. I know other women who have been harassed by family members and people in our society. Being told that they must find a father for their kids. And many men are amazing and kind and loving but there are evil men who take advantage of a single mother’s children. The same relatives who tell you to remarry never seem to mention those men. I say all of this to say: Respect the single mother’s capabilities as a parent.”

She ended her note on a message to all women, “It is your job to encourage and uplift your fellow women, not judge her or force her into a relationship just for the sake of a relationship.”

tweet
Share on FacebookShare on TwitterShare on PinterestShare on Reddit
Rameeza NasimOctober 3, 2018
the authorRameeza Nasim
Rameeza Nasim, a Paralian, passionate about poetry, drama and fiction. By giving drama critiques I feel like I am endorsing the writer's message to the audiences, I love my job. Being a critic responsibility lies on my shoulders to point out the flaws and shortcomings of the play be it on writer's , performers or director's end . I did my Masters in English Literature and Linguistics .
All posts byRameeza Nasim