The celebrity couple got married last year in August. 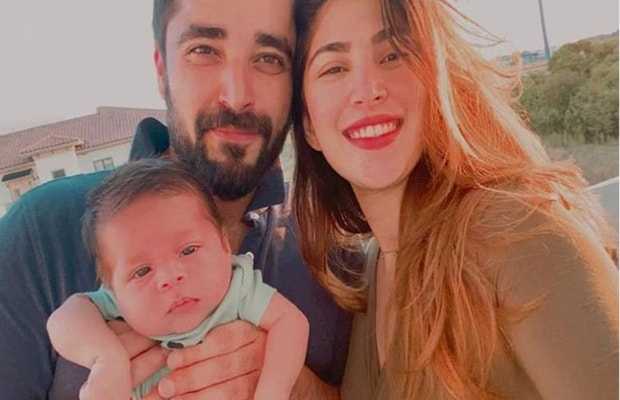 “1st Anniversary Thank you, Allah!”, In the caption, Hamza quoted a verse from the Holy Quran, saying, “And one of His signs is that He created for you spouses from among yourselves so that you may take comfort in them and he placed between you Love & Mercy. In this, there is surely evidence of Truth for those who ponder.” Quran 30:21″

One of Pakistan’s most favourite celebrity couples got married in August 2019 in an intimate ceremony in Islamabad.

“Couldn’t be more grateful to Allah.  Anniversary”, she captioned her post.

tweet
Share on FacebookShare on TwitterShare on PinterestShare on Reddit
Saman SiddiquiAugust 26, 2020
the authorSaman Siddiqui
Saman Siddiqui, A freelance journalist with a Master’s Degree in Mass Communication and MS in Peace and Conflict Studies. Associated with the media industry since 2006. Experience in various capacities including Program Host, Researcher, News Producer, Documentary Making, Voice Over, Content Writing Copy Editing, and Blogging, and currently associated with OyeYeah since 2018, working as an Editor.
All posts bySaman Siddiqui