Is it a Hum TV Valentine Day special? 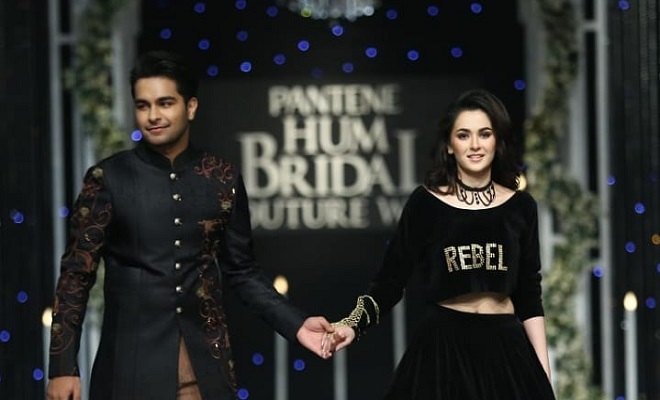 Strong rumors have been afloat regarding Hania Aamir and Asim Azhar dating. The two have been sharing some pictures together and having walked the ramp together at the Bridal Couture Week has only fueled the fire.

However, we do not know the actual relationship status of the duo, but we do know that Asim and Hania are coming together for an upcoming telefilm on Hum TV and were rather excited. The telefilm will be titled Kahani Pyar Ki and will star Hania Aamir and Asim Azhar in titular roles.

Directed by Ahson Talish, who is well known for his knack for creativity and excellent vision as a director,
Kahani Pyar Ki will be a one of its kind romantic comedy. We have seen Ahson Talish weave his magic with Suno Chanda and if the telefilm is anywhere near at par with the drama, well have a winner on our hands.

While, Hania Aamir will be playing the role of a writer, Asim Azhar will be seen as a struggling writer. Besides the duo, the telefilm will also star Fazeela Qazi, Saifi Hasan and Qasim Khan in pivotal roles as well.

The telefilm is said to go on air sometime in February and judging from the romantic title, perhaps this one will be a valentine special on Hum TV.