Hania Aamir reveals why isn’t she active on Instagram

Ishqiya star has been keeping a low profile on social media 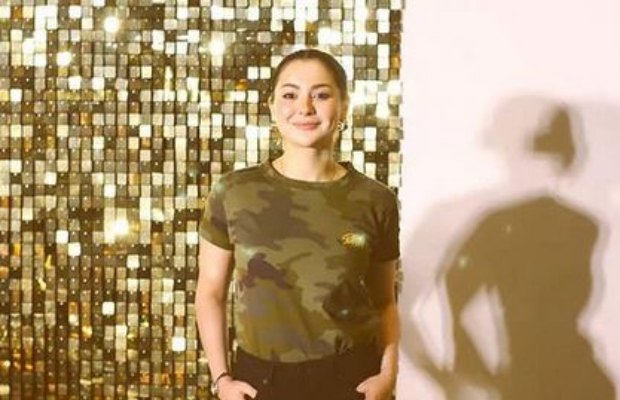 Hania Aamir reveals why isn’t she active on Instagram!

The popular actress and model recently took to the social media app to host a question and answer session with her fans which led to some interesting revelations.

Among many questions, there was one about her being non-active on the photo and video sharing app.

“I’ve picked enough battles here,” shared the actress during a recent Q & A on Instagram.


“Don’t feel like it anymore. I’ve picked enough battles here, voicing your opinion comes at a price. And the price is your mental health. The gossip, the mean comments, the putting each other down had started getting to me. And honestly, I lost faith in humanity. So I needed a break,” Hania responded. 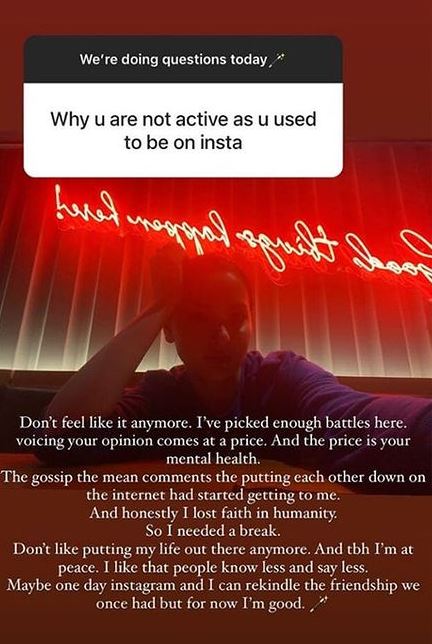 “I’m at peace. I like that people know less and say less,” she said, adding “Maybe one day Instagram and I can rekindle the friendship we once had.”

Ishqiya star has been keeping a low profile on social media however revealed during the Q/A session that she has two projects underway.

She was last seen on TV screens in the drama serial Dil Ruba which aired back in 2020.