The ARMYs have stirred a storm on social media posting the videos, photos and sharing admirable messages on Twitter. 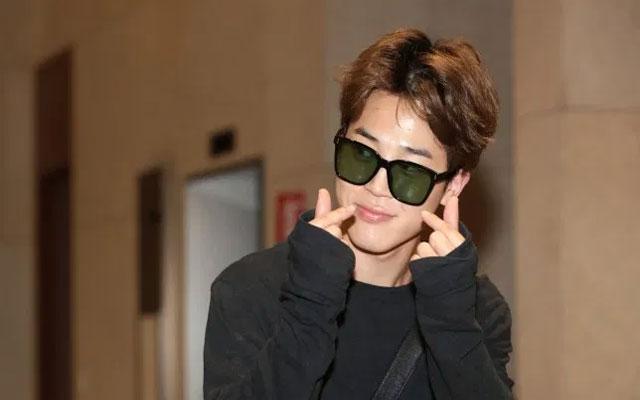 Happy Jimin Day to all the fellow ARMYs! BTS fans across the world have been celebrating Jimin’s 24th birthday on October 13 sharing their love and good wishes for the cutest member of BTS.

As the birthday of the BTS member ringing in, the “Promise” singer is getting on Twitter a whole host of hashtags trending for him.

Read More : BTS queit on social media, ARMY thinks there’s something is in the pipeline

The ARMYs have stirred a storm on social media posting videos, photos and sharing admirable messages on Twitter.

happy birthday to my absolute favorite person, the most talented and wholesome person i know, someone who always strives for the best and puts others before himself – you mean so much to me and i’m grateful for you – i love you 🥺❤️ #HappyBirthdayJimin https://t.co/nT54exgNyx 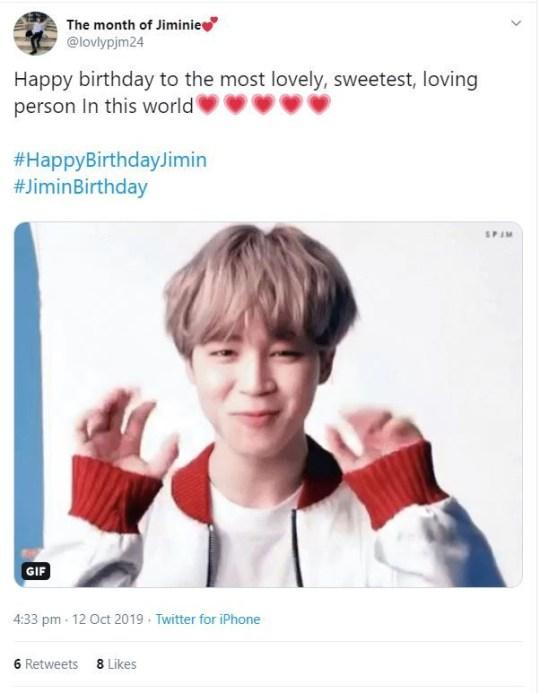 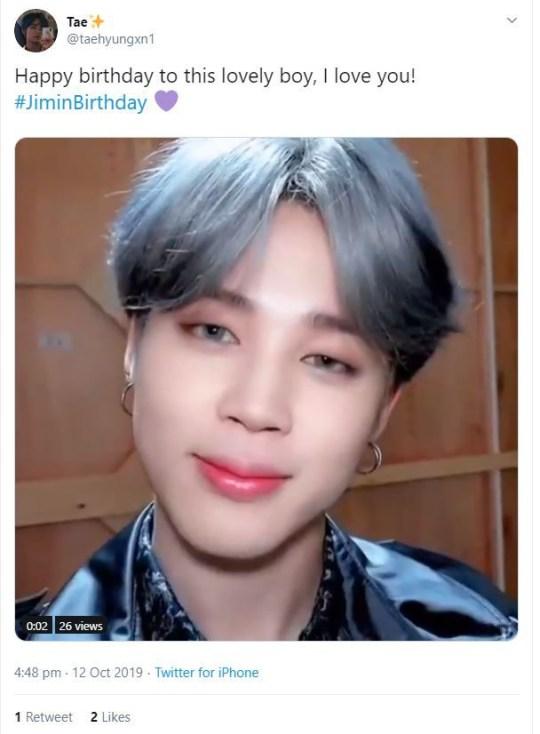 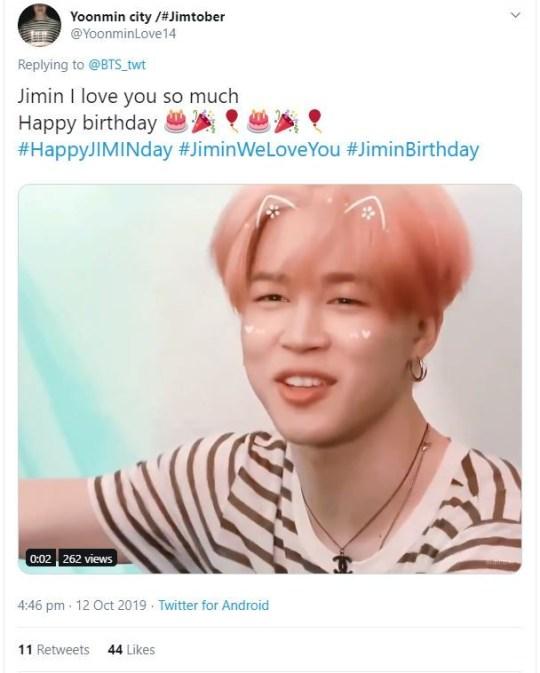 As soon as the clock struck 12 on South Korea, the members took to Twitter to shower the love on his big day.

Jin first shared a handwritten birthday message for Jimin. “Jimin-ah, happy birthday, I wrote this for a period of three years,” he jokingly captioned the photo on Twitter.

Suga wrote, “Jimin-ah, I wish you a happy birthday I hope that this year, you eat lots and grow up and up.” 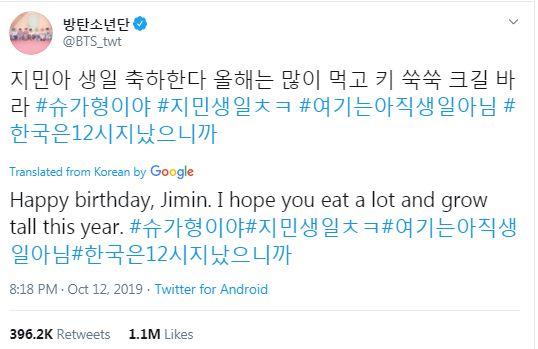 Later, the leader of the band RM, Jungkook, J-Hope and V also posted wishes for the birthday boy. 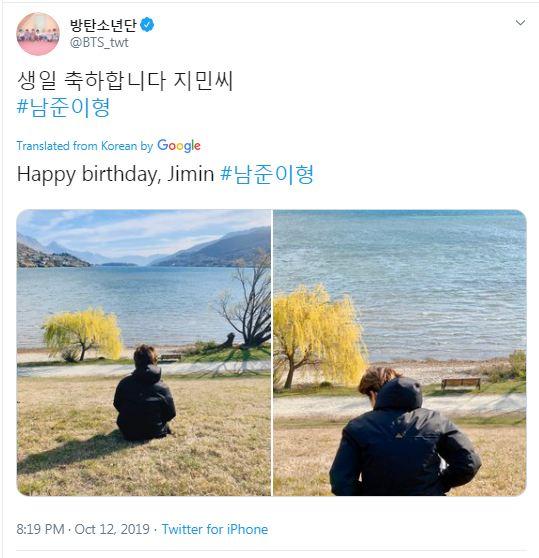 Hashtags for Jimin’s birthday are trending worldwide and fans have more extraordinary plans to celebrate his birthday, including the one involving artificial snow, streaming music and LED billboards in a Sao Paolo subway station.

Earlier, in September on Junkook’s birthday, the fans paid for a Spotify Ad to the artist and now, the ARMY is taking their adverts a step further.

Jimin has become the first K-pop artist to have advertisements in a subway station in Sao Paolo.

Not just that, Jimin will have advertisements for all subway routes station comprising of 58 LED billboards, reports CheatSheet.

On Jimin’s big day, he dominated worldwide trends on Twitter with 17 out of 30 trending topics on him. Worldwide multiple hashtags were trending on Twitter including #HappyBirthdayJimin, #CutieSexyLovelyJimin, #WithJiminTillTheEnd, #OurLightJimin and more.