TikTok star Hareem Shah met him outside a London court 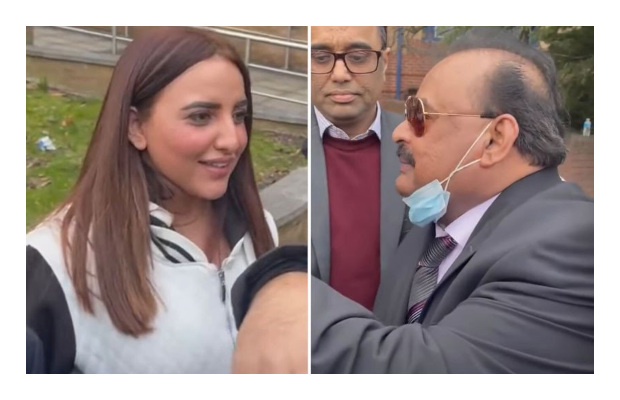 Pakistan’s infamous TikToker is known for her viral selfies taken with top politicians.

Shah who happens to be in London at the moment this time managed to met MQM founder Altaf Hussain outside a London court after a hearing on Wednesday.

Both can be seen in the now-viral clip as Altaf Hussain prayed for TikTok star.

Altaf Hussain was spotted going towards his car after the hearing being surrounded by many people trying to talk to him however Hareem was the lucky one who got the reply from the MQM leader.

Talking o Geo News, Hareem Shah said that she was taking a random stroll outside of the court when she spotted reporters of Pakistani media outlets gathered outside the court.

“I felt very good because I was allowed inside without any troubles. I appreciate the rules and regulations of the United Kingdom.”

Well, we wonder what made the TikTok star have a random troll that too outside the court.

And she seems to look perfectly fine after the half-done lip job.