It seems like both have been keeping in touch with each other and the recent call was a very absurd prank for social media users! 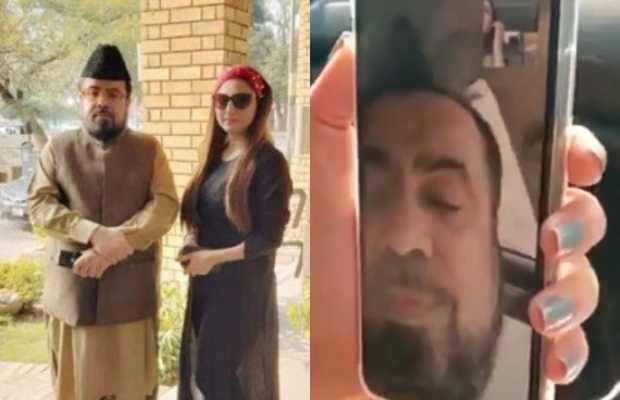 Another leaked call goes viral on social media! This time its a video call conversation between the two most controversial figures of the country Hareem Shah and Mufti Qavi.

Pakistan’s notorious TikToker Hareem Shah’s name is not new for being associated with leaked videos and calls to famous people.

While Mufti Abdul Qawi asks her to show her face on the video call and shares his hectic routine.

However, we fail to understand the purpose of this call. It seems like both have been keeping in touch with each other and the recent call was a very absurd prank for social media users!