Her latest video has left social media in frenzy. 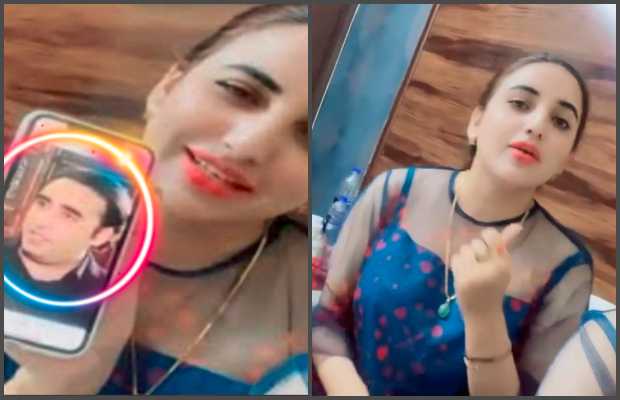 Well, this social media celebrity knows the trick how to stay in limelight well.

Her latest stunt has also drawn massive attention, for expressing her love for Bilawal Bhutto Zardari.

It was last month when she slapped Mufti Qavi in a hotel room in Karachi.

Later, the TikTok star Hareem Shah also posted a video on Instagram in which she can be seen slapping Mufti Abdul Qavi.

On the other hand, Hareem Shah is all set to jump into the acting world with a web series Raaz on Pakistan’s first Urdu OTT platform – UrduFlix.

tweet
Share on FacebookShare on TwitterShare on PinterestShare on Reddit
Saman SiddiquiFebruary 26, 2021
the authorSaman Siddiqui
Saman Siddiqui, A freelance journalist with a Master’s Degree in Mass Communication and MS in Peace and Conflict Studies. Associated with the media industry since 2006. Experience in various capacities including Program Host, Researcher, News Producer, Documentary Making, Voice Over, Content Writing Copy Editing, and Blogging, and currently associated with OyeYeah since 2018, working as an Editor.
All posts bySaman Siddiqui