Hareem Shah’s Father Has Something to Say 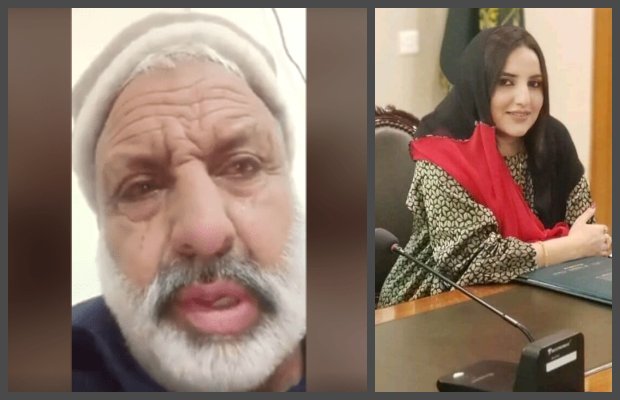 TikTok star Hareem Shah’s father, Zarrar Hussain, has come forth in a heart-broken video and responds to her controversies in a video message that surfaced online and circulating on social media.

In his video message that he started off with an apology, Shah’s father seemed miserable and helpless over what his daughter has gained for him and said that he has no words to describe the pain he feels for Hareem’s numerous controversies and scandals.

“I have no words to express the pain my friends and other respectable people in the vicinity have gone through due to Hareem shah—whom I made an “Alima” (religious-scholar) but she turned astray—and this is what I could do as a father”.

“I gave her the best religious education possible. I did everything I could as a father, but  I regret to say she has failed me”.

He went on to say, “I think whatever is happening to me and my family is a result of how I once wronged my father and hurt his feelings. I do not care about my own self but my ancestors’ reputation is on the line,” he said in his statement.

Zarrar continued with, “I am concerned over the sad situation and how things have ever revealed, and how she has put the integrity of the nation at stake.”

He further said that he is bound by the religious and national laws and regulations and are trying to bring Hareem back on the right way because other than that, “he has no authority in this world.”

“May she turn again Fizza Hussain from Hareem Shah,” as her original name is Fiza Hussain, he prayed while seeking forgiveness from Almighty Allah and the public at large.

The grief-stricken message of Zarrar also stated “I am hopeful that she gets guidance from Almighty Allah. I want everyone to pray that I am successful in getting her back on the right path,” he further added.

“May Allah accept my sacrifice and forgive my mistakes.”

Hareem has been receiving a lot of repercussions and ire from netizens after her videos from inside the Ministry of Foreign Affairs went viral.

Recently, the TikTok star accused Railway Minister Sheikh Rasheed of harassing her online when an alleged video chat between the duo surfaced online.