The cat is out of the bag! Hareem Shah’s wedding was a mere bridal photoshoot 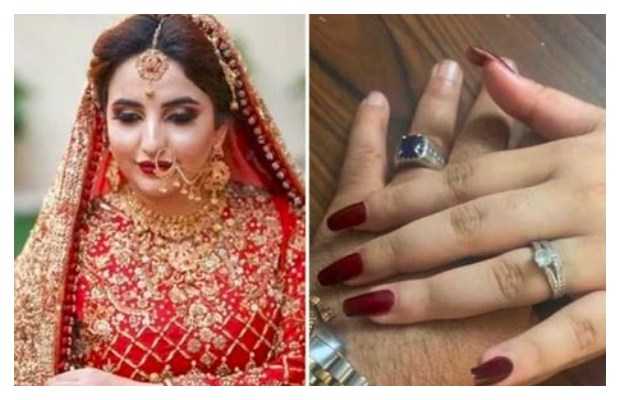 The cat is out of the bag! Hareem Shah’s wedding was a mere bridal photoshoot.

The fake confirmation of the marriage was made by the TikToker turned actress herself while talking to a news outlet a few days ago.

‘I never had a boyfriend, surfaced bridal pictures are from a photoshoot’, Hareem Shah herself admitted the fact while talking to a local news channel.

For the past couple of days infamous TikToker’s name had been trending on top of all sorts of media for sharing wedding day photos on Instagram.

Hareem Shah had shared a few photos on her official Instagram handle which were taken down after a short while of posting,

Shah a few days ago made claims that she has gotten married to a politician belonging to Pakistan Peoples Party, and will reveal the name in the coming days.

She also had said that she couldn’t share the name of the groom as he hasn’t got content with his first wife.

However, at the time of reporting about Hareem Shah’s marriage, we stated that it might be a publicity stunt.

As TikTokers create hype for endorsing various products for monetization purposes and we had hit the bullseye!

In an interview with Geo News, Hareem Shah admitted that the viral bridal photos were from a promotional photoshoot and are not from her wedding ceremony.

While her make-up artist Kashaf also confessed to the portal that the promotional photoshoot was for his salon and all the accessories and dresses were sponsored. 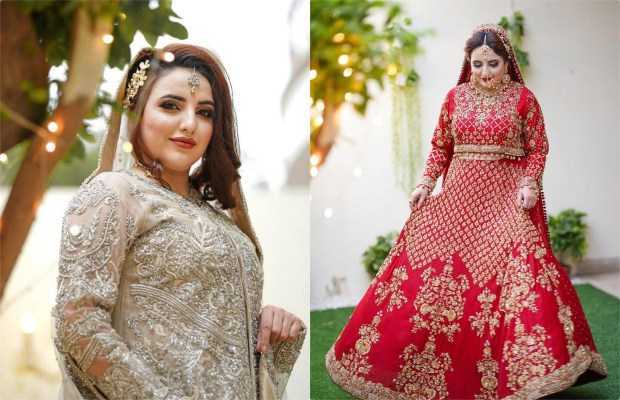 She went on to say, “After confessing my marriage to a PPP member of Sindh Assembly and a provincial minister, I asked the fans to keep my husband’s identity secret for a few days. But despite this, many media houses, including social media, have linked my name with various political figures. All these videos and news are completely baseless and unverified, which is inappropriate.”

“At the moment, I have not mentioned anyone’s name as my husband, I have known my husband for three or four months already but during that time we did not have any friendship or relationship. We just met two or three times and got married,” Hareem Shah added.

She concluded the interview by saying, “There has been a lot of media coverage about my first marriage and divorce but I want to tell all my fans that I was not married before, I have no children, I have never been divorced and I have never had a boyfriend or made a friend”.