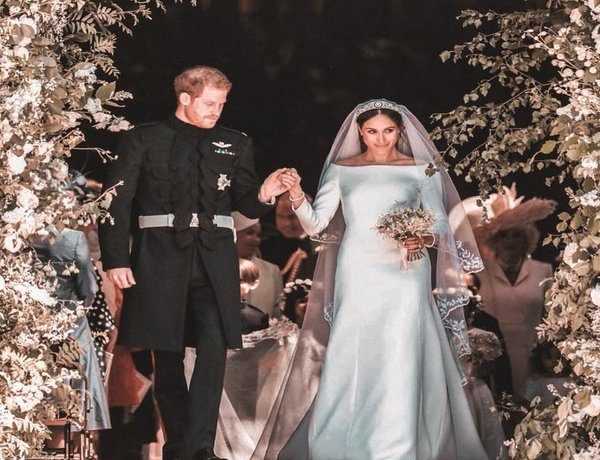 The much awaited royal wedding finally took place successfully, there were few invited to the wedding event officially but billions around the world watched and followed the event through media.

It’s been a historic event; social change has finally arrived in Britain. Those who have interest in history would have been thinking of King Edward the 8th who abdicated in 1937 because being on throne he was not allowed to marry the woman he loved as she was divorced, Wallis Simpson. The Queen’s sister Princess Margret had to give up the man she loved because he was also divorced. 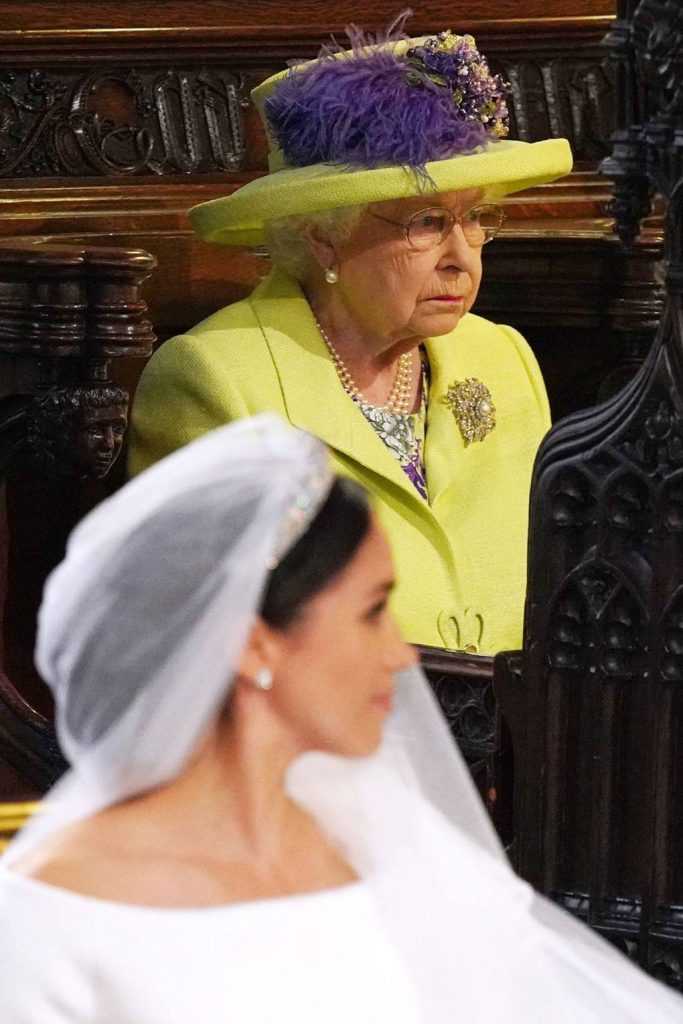 Meghan Markle has become the first ever mixed race person, also a divorcee, in modern history to marry a British royal and a non British as well. Her Royal Highness the Duchess of Sussex after tying the knot, had found fame from the American legal drama series, Suits playing the character Rachel Zane.

The Duke and Duchess of Sussex depart the Chapel for a carriage procession through the Castle and Windsor Town #RoyalWedding pic.twitter.com/pxPht7OXfP

According to one of the British daily, after getting married to Prince Harry, Meghan will adopt his title and name i.e. Her Royal Highness Princess Henry of Wales. Because Meghan is a princess by marriage she will not be called Princess Meghan. She will not be one in her own right as this honor is only reserved for those who are born into the royal family. 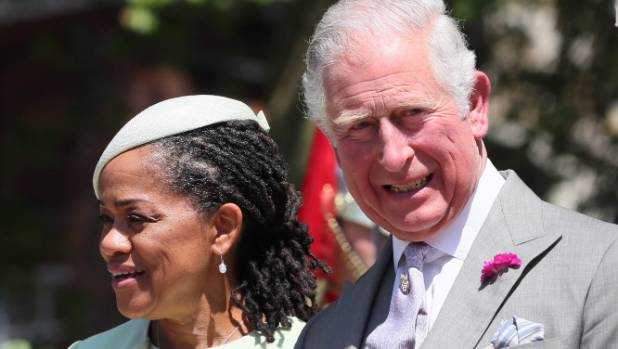 So far many of the traditions have been broken this royal wedding, the couple’s decision to get married on weekend also went against the tradition. Most of the royal weddings took place in weekdays and the public were given a day off to celebrate. The Duke and Duchess of Cambridge wed on a Friday and the Queen’s weeding took place on a Thursday. Harry and Meghan chose to wed on May 19, Saturday to avoid the issue of whether or not the royal wedding should be a bank holiday, really turning out to be a smart generation. 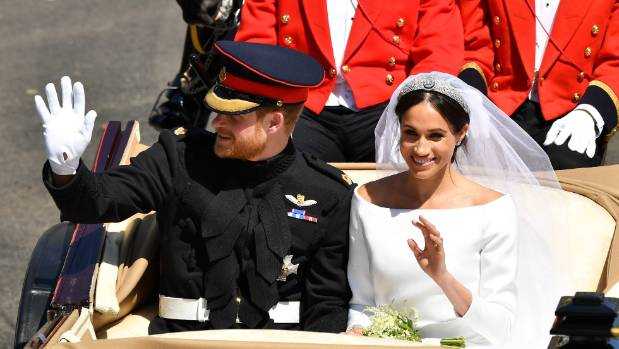 The wedding took place at the historical Windsor Castle, which is said to be the longest occupied royal residence in Europe. It has been the site of many of the royal weddings over the centuries, as more than 30 monarchs have lived in it calling it home. Prince Charles tied the knot of his second marriage to Camilla in 2005 at the same castle. But this time a thousand year old English castle echoed with the exhortations of an African American bishop, Michael Curry, beginning of a new era. Not just that Prince Charles walking Markle down the aisle at the chapel. 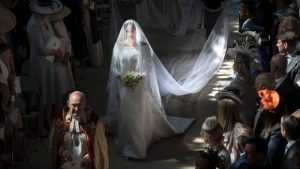 As many other traditions were turned down for this wedding, the royal couple also opted for a non traditional wedding cake, rather than a traditional fruit cake: an elder flower and lemon sponge cake covered with Swiss meringue butter cream and decorated with fresh flowers

The wedding cake is to be served at the Reception. It was designed by Claire Ptak and features elderflower syrup made at The Queen’s residence in Sandringham from the estate’s own elderflower trees, as well as a light sponge cake uniquely formulated for the couple. #royalwedding pic.twitter.com/kt5lE4tEn9

It is also reported that Meghan Markle also decided to go without choosing adult bridesmaids from her close set of friends with the names suggested included actress Priyanka Chopra, tennis champion Serena Williams, designer Misha Nonoo and stylist Mulroney. And it was confirmed several days prior to the nuptials that Prince George and Princess Charlotte would perform the roles of page boy and bridesmaid in the ceremony, alongside eight other young children. 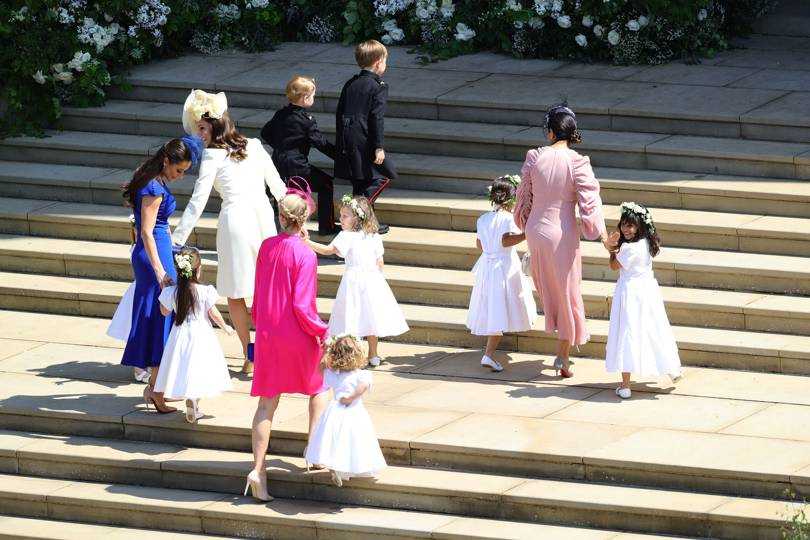 It is well known to the world whenever there is a royal wedding there are royalty wedding gifts as well but this couple has forgone a tradition of wedding gifts as well, it was confirmed by Kensington Palace on April 9 via Twitter that the couple would like to forgo any traditional wedding presents in favor of donations to the following causes: CHIVA (Children’s HIV Association), Crisis (a UK-based homelessness charity), the Myna Mahila Foundation (a charity that supports women in Mumbai’s urban slums), Scotty’s Little Soldiers (which helps bereaved Armed Forces children), StreetGames (a foundation using sport to change lives), Surfers against Sewage and The Wilderness Foundation UK (which promotes the enjoyment of wild nature).

Prince Harry & Ms. Meghan Markle are incredibly grateful for the goodwill they have received since their engagement, & have asked that anyone who might wish to mark the occasion of their wedding considers giving to charity, instead of sending a gift. https://t.co/lzfrRmoeUv pic.twitter.com/nxrTZtIKBY

— The Duke and Duchess of Cambridge (@KensingtonRoyal) April 9, 2018

tweet
Share on FacebookShare on TwitterShare on PinterestShare on Reddit
Saman SiddiquiMay 20, 2018
the authorSaman Siddiqui
Saman Siddiqui, A freelance journalist with a Master’s Degree in Mass Communication and MS in Peace and Conflict Studies. Associated with the media industry since 2006. Experience in various capacities including Program Host, Researcher, News Producer, Documentary Making, Voice Over, Content Writing Copy Editing, and Blogging, and currently associated with OyeYeah since 2018, working as an Editor.
All posts bySaman Siddiqui 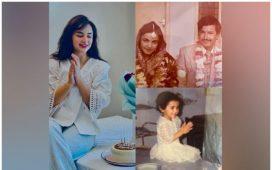 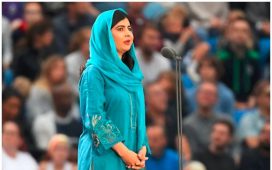