He is a trained actor from NAPA and started his acting career in 2014. 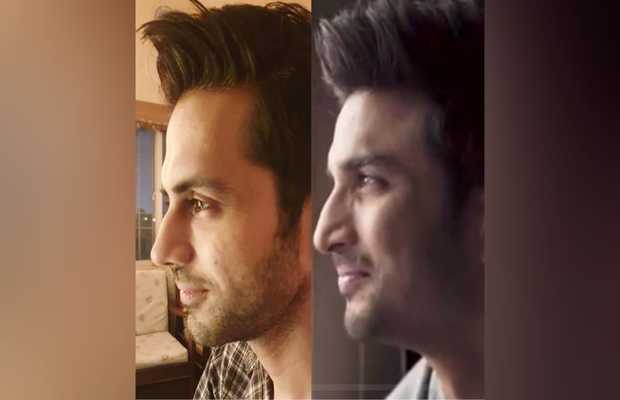 Pakistani actor Hasan Khan has been roped in for playing Shushant Singh Rajput’s character in the upcoming web series.

According to media reports, the series is being helmed for Amazon Prime Video.

The actor took to social media to broke the news.

In an Instagram post, Hasan shared, “Alhamdulillah got a project which is really close to my heart, playing @sushantsinghrajput ‘s character for Indian Web”.

Bollywood actor Sushant Singh Rajput was found dead at his Bandra residence on June 14 and since his death, not even a single day went by without his fans remembering him. As his death case continues to unfold, the media reports have been suggesting lately that an OTT platform is all set to make a web series based on his life.

Hasan is a trained actor from the National Academy of Performing Arts and also the Goodwill Ambassador Of CLF ( Children Literature Festival).

He started his acting career in 2014.

Hasan has performed many theatres under legendary directors like Zia Mohiuddin, Talat Hussain, and Rahat Kazmi. He has performed in different plays of Shakespeare like Julius Ceaser, Measure for Measure and Hamlet. While Juloos has been one of his famous play written by Badal Sarkar.

tweet
Share on FacebookShare on TwitterShare on PinterestShare on Reddit
Saman SiddiquiAugust 19, 2020
the authorSaman Siddiqui
Saman Siddiqui, A freelance journalist with a Master’s Degree in Mass Communication and MS in Peace and Conflict Studies. Associated with the media industry since 2006. Experience in various capacities including Program Host, Researcher, News Producer, Documentary Making, Voice Over, Content Writing Copy Editing, and Blogging, and currently associated with OyeYeah since 2018, working as an Editor.
All posts bySaman Siddiqui