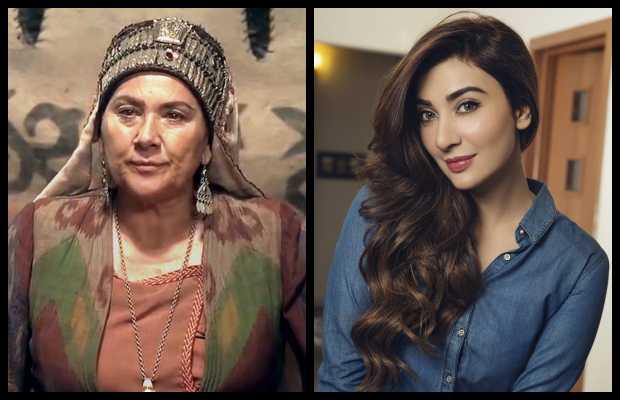 Pakistani celebrities lauding Dirilis Ertugrul and showering praises on Engin Altan Düzyatan and Esra Bilgic for their portrayal of Ertugrul and Halime Sultan in the Turkish drama is quite a routine now. But former actress Aisha Uqbah Malik has drawn attention towards another important character of the drama as she stated her personal favorite is Hayme Ana – mother of Ertugrul and wife of Kai tribe chief Suleman Shah.

“On the second season of Ertugrul. My Mr and I are completely hooked. What an amazing representation of Islamic culture, values, and history,” Aisha said on Instagram recently.

“Hayme Ana is by far our favourite character from Ertugrul. Leadership, steadfastness love, and loyalty depicted impeccably by this graceful lady. What a phenomenal PHENOMENAL actress,” the Mann Mayal actress wrote.

It seemed like Aisha isn’t the only fan of Darcan. Among fans who echoed Aisha’s voice, her buddy and actress Kubra Khan also concurred with her.

“I absolutely loved Akys too, she was such a fighter! Grr,” Kubra commented on Aisha’s post.