Helen McCrory's husband Damian Lewis broke the news of her death on social media on Friday. 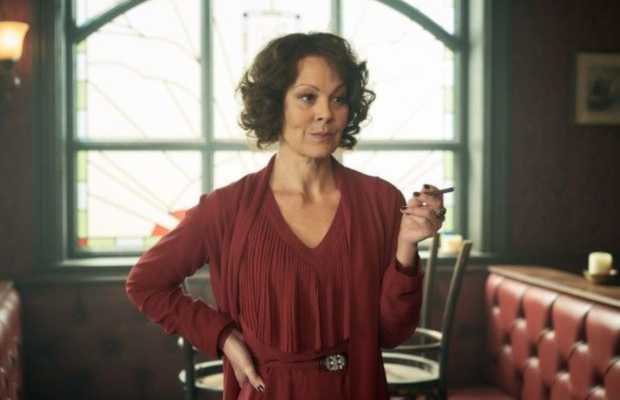 Peaky Blinders and Harry Potter star Helen McCrory has passed away at 52.

As being reported the actress lost a ‘heroic battle’ against cancer.

Helen McCrory’s husband Damian Lewis broke the news of her death on social media on Friday.

“I’m heartbroken to announce that after a heroic battle with cancer, the beautiful and mighty woman that is Helen McCrory has died peacefully at home, surrounded by a wave of love from friends and family. She died as she lived. Fearlessly. God, we love her and know how lucky we are to have had her in our lives. She blazed so brightly. Go now, Little One, into the air, and thank you,” Lewis wrote on Twitter on Friday.

The British actress nor her family had shared about her illness publically before.

She also appeared in the James Bond film “Skyfall,” Martin Scorsese’s “Hugo” and played Cherie Booth, wife of U.K. Prime Minister Tony Blair, in “The Queen” and “The Special Relationship.”

The news of her death has left fans all over the world heartbroken and shocked:

I am utterly heartbroken to hear this.. Damian I’m sending you and the family all my love and warmth at this time. Helen , we love you. Your talent , humanity and passion for life will be remembered by me and everyone your life touched with deep gratitude. Rest In Peace dear one https://t.co/5ztXDax8zi

Helen McCrory was just so fantastic in so many roles. Narcissa in HP, Cherie Blair in The Queen, Aunt Polly in Peaky Blinders. For me, her performance in Quiz last year as Sonia the defence barrister, stole the whole show. What a huge loss. pic.twitter.com/y9tv3bwkpz

So shocked and saddened to read this. Helen McCrory was an incredible actress and came across as a lovely person too. Taken far too young. Thoughts with her family #RIPHelenMcCrory https://t.co/wCyGHcsCdH

Sadly the great Helen McCrory passed away, such a devastating news 💔 #RIPHelenMcCrory pic.twitter.com/ebtymZ3oHS