John Cena has been part of the BTS Army for years and praising the K-pop stars’ time to time. 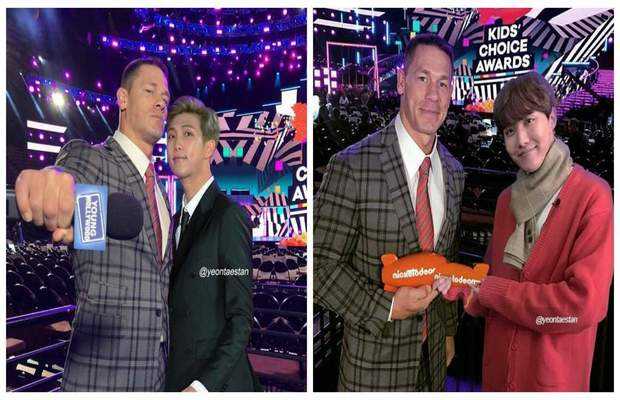 It is no secret that the Fast and Furious 9 star John Cena is a huge BTS fan, and from time to time he keeps expressing his love for BTS. He has even included the Boy With Luv stars on the soundtrack for his new film, Playing With Fire. 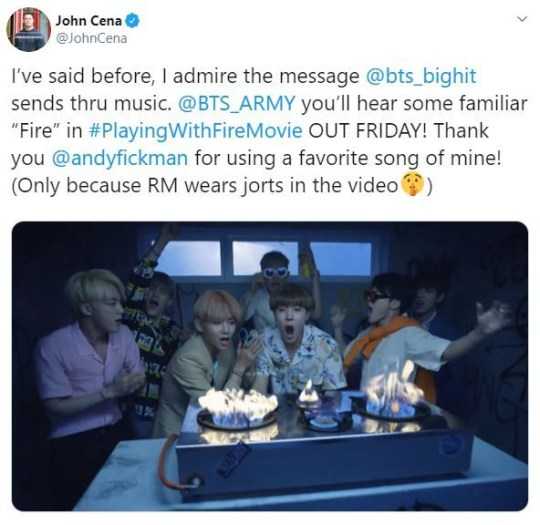 In a recent interview, the WWE star turned actor revealed the life lessons he has learned from the famous K-pop band BTS.

While Speaking with Metro UK, Cena talks about learning how important it is to give yourself a break and rest in between a maddening schedule.

“Live it. And be honest with yourself in the way that you do. I think a lot of folks like to say how they live and it contradicts with actually who they are. ‘Live life, be present and be honest with yourself about who you are and who you’re not. Because it allows you to achieve the things you really want and not put on this fake sort of front of like “I’m doing this to give a great image of who I am, but really I’d like to do these things”.

‘And that’s a brave step for a lot of folks. BTS touches on self-care and self-love. Loving yourself and being OK with who you are is the first step to being like “Well, these are the things I would like to accomplish”.

John Cena has shared his thoughts about the K-Pop band’s hiatus, as the BTS are all geared up for their comeback album’s release after taking a short break. 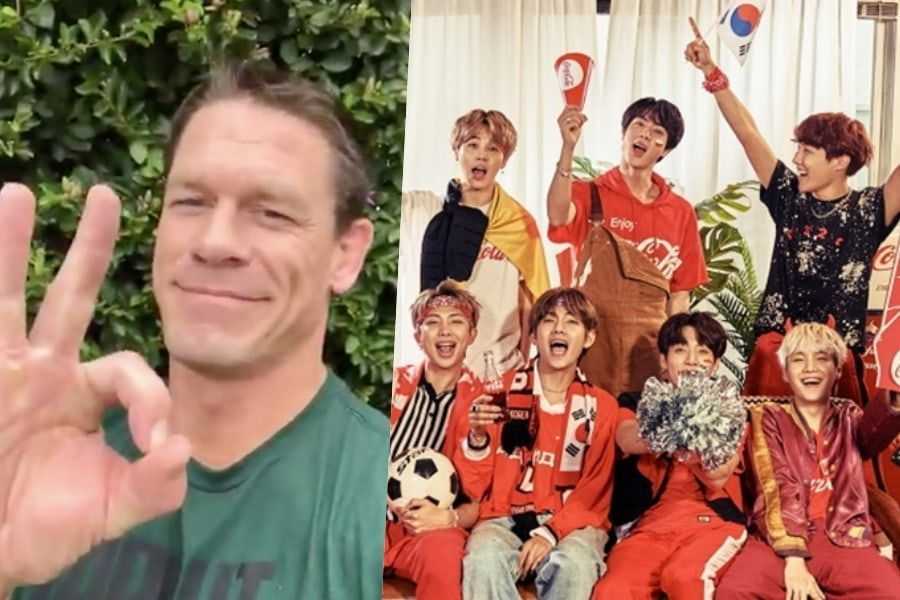 Furthermore, John admitted that he has only just learned how important it is to give yourself some downtime to rest in the middle of a busy schedule.

He continues saying: ‘I think everyone, especially a group like that – I know what touring the world is like, I know what constantly performing is like and constantly living for the appreciation of those who follow you – that sort of rest just allows you to come back stronger and better, and even re-evaluate like “are we doing the right thing?” ‘And I’m not saying like they shouldn’t be doing music but maybe giving them inspiration on a new project or switching their style up, I don’t know.

‘I think rest is good, and I’ve just recently learned that and it can be super productive and good, so good on those guys for understanding the value of rest and recovery”, Cena concluded.

tweet
Share on FacebookShare on TwitterShare on PinterestShare on Reddit
Saman SiddiquiFebruary 8, 2020
the authorSaman Siddiqui
Saman Siddiqui, A freelance journalist with a Master’s Degree in Mass Communication and MS in Peace and Conflict Studies. Associated with the media industry since 2006. Experience in various capacities including Program Host, Researcher, News Producer, Documentary Making, Voice Over, Content Writing Copy Editing, and Blogging, and currently associated with OyeYeah since 2018, working as an Editor.
All posts bySaman Siddiqui