Jonas went down on one knee to propose PeeCee 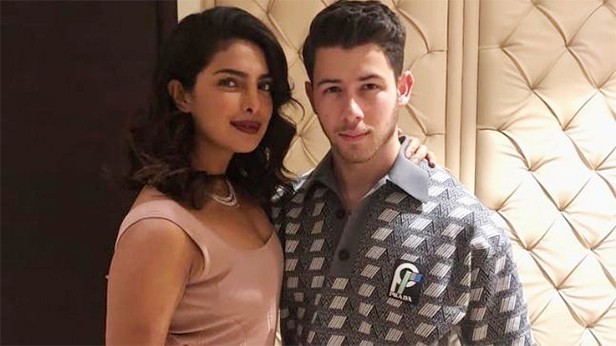 Priyanka Chopra and Nick Jonas are all set to tie the knot on December 2nd. The days are passing by and people are becoming more and more obsessed with the couple. A new interview has now surfaced on the web, where Nick Jonas is seen sharing how he proposed to Priyanka.

During an interview Nick revealed that he and Priyanka had taken a vacation to the Greek island of Crete. It was also PeeCee’s birthday trip and that was when Nick had this plan in his mind. By that time, Nick had already selected a ring for his lady luck at Tiffany & Co. store in London.

Nick said, “I got down on one knee, again, and I said: Will you make me the happiest man in the world and marry me?” No joke—she took about 45 seconds. Forty-five seconds of silence.” Nick Jonas then continued and said, “I’m going to put this ring on your finger now unless you have any objections.”

Earlier Priyanka Chopra also mentioned how she knew Nick was the one during a date in Los Angeles where Nick Jonas told her, “I love the way you look at the world. I love the drive you have.” She adds, “As a girl, I’ve never had a guy tell me, ‘I like your ambition.’ It’s always been the opposite.”

the countdown to Priyanka Chopra and Nick Jonas’s wedding has started and guests are arriving to the venue, Umaid Bhawan in Jodhpur in full swing and are being welcomed warmly with the goodies wrapped in NP initials and personalized key cards and the luggage tags.