“My son literally forced me into the aircraft and flew here with me,” states Rishi Kapoor 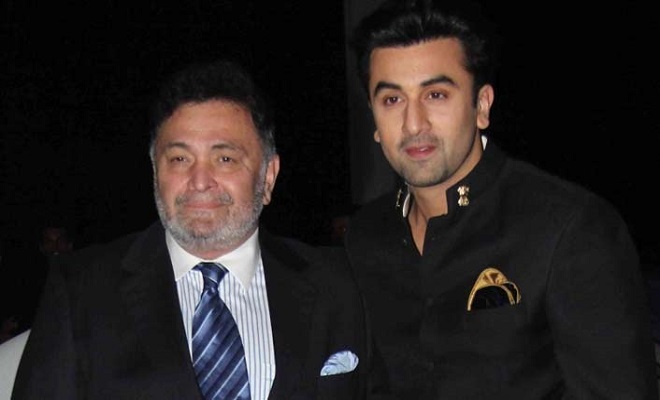 Veteran actor Rishi Kapoor who is undergoing cancer treatment in New York since August, recently revealed how his son Ranbir Kapoor reacted when he got to know of his father’s health condition.

“I was on the sixth day shoot of a new film, when my son (Ranbir Kapoor) and a close family associate came to Delhi, spoke to my producers and explained the problem. By evening, they got me to Mumbai and soon after, they flew me to New York,” recalled Rishi Kapoor.

“My son literally forced me into the aircraft and flew here with me,” he added.

Rishi Kapoor stated that he did not get any time to retrospect or contemplate the whole situation. It was so sudden that he was just in shock as to how to respond to Ranbir. However, the actor added that in the past nine months he has come to have a lot of realizations during his course of treatment.

“In 45 years of my career, I have never taken such a long break. It makes me think that sometimes, God takes the decisions for you that you don’t. I haven’t boarded a flight for the past nine-and-a-half months. I haven’t stepped out of NYC. Thankfully my children, friends, family and well-wishers are with me,” said the 66-year old actor.

Rishi further shared his routine in New York and how being away from work and home has taught him patience.

“People may wonder what I am doing in America for so long. I move around, eat, drink, shop and watch films. I can’t come home because I am bound by the hospital — I am under treatment and under observation. For me, this has taken great patience, else I would have left this place and come back to Mumbai a long time ago,” said the Bollywood legend.

The Bobby actor further added, “The treatment requires you to behave a certain way. From one treatment to another, it takes weeks. That’s why I have been here for nine-and-a-half months. I have seen all four seasons of this city.”

“I am hoping to come back by the end of August,” he revealed with contentment.