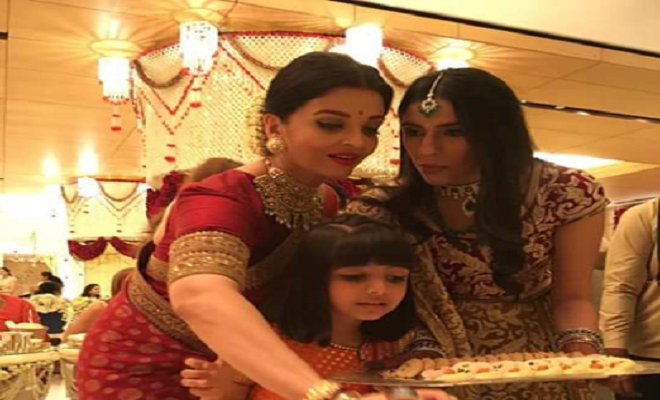 The wedding of Mukesh Ambani, owner of Reliance JIO, was one of the most happening events in India last week. From Hillary Clinton to Beyoncé, the who’s who of the world had traveled down to India for Isha Ambani’s wedding. And while we saw the likes of Salman Khan becoming background dancers for the Ambani family, we also saw Bollywood serving food at the wedding as well.

Now, the world wasn’t really having it and so a number of trolls came out and do what they do best; trolled the hell out of Bollywood celebs for serving food to the guests at the wedding.

However, Abhishek Bachchan finally answered one of them, revealing why was the entire Bollywood clan, busy feeding the guests at Isha Ambani’s wedding.

“It is a tradition called sajjan ghot. The bride’s family feeds the grooms family.”

It is a tradition called "sajjan ghot". The brides family feeds the grooms family.