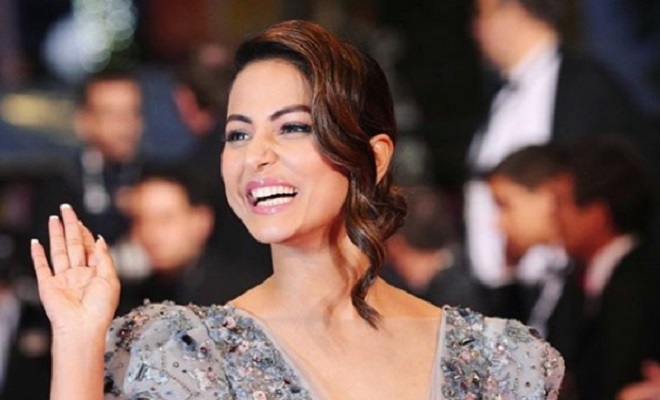 Hina Khan became a household name in India and Pakistan alike when she played the role of Akshara in the TV show Yeh Rishta Kya Kehlata Hai on Star Plus. The show suffered major ratings loss when Hina Khan quit the drama. Later on Hina became a contestant of Bigg Boss and even though she did not win the title, Khan went on to win hearts with her strong personality on the reality show.

Hina Khan has been an epitome of grace, fitness and finesse ever since she made her television debut. And it seems, she’s now all set to reach for the stars as the television actress recently made her big debut at the prestigious Cannes Film Festival in the French Rivera.

Hina also shared some fantastic pictures from the red carpet terming it as God’s sign for something brighter coming for her in the future.

Hina Khan is attending the Cannes Film Festival where her debut film, Lines, will be screened.  Lines has been produced by Rahat Kazmi, Tariq Khan, Zeba Sajid and has been co produced by Jayant Jaiswal’s Hiro Faar Better films. The poster was also launched at a special ceremony at Cannes. With borders in the background, Hina’s debut film might revolve around partition and borders between two political enemies, India and Pakistan. With the stunning performer Hina has been, it can only be guessed that she’ll dazzle the audience in her film as well. Here’s wishing the gorgeous Hina Khan all the best for her Cannes and big screen debut. Bollywood’s surely getting a talented new face in Hina.