The drama will also star Haroon Shahid in a love triangle 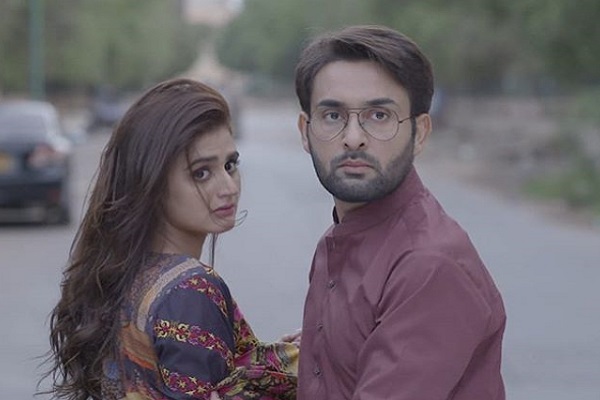 One after another play, Hira Mani has been giving us hits with whatever play she choose to do. Currently the actress is playing the role of Tamkinat in ARY Digital’s Dil Mom Ka Diya and Roohi in Mera Khuda Janay on Geo. Both of Hira’s characters are very different from one another and this time around, she’s gearing up to play another very strong character, bringing to the forefront, her versatility as an actor.

Hira Mani will next be seen opposite Haroon Shahid and Affan Waheed in Aseer-e-Mohabbat. The drama, a love triangle by Sarwat Nazir and directed by Wajahat Hussain, is an old age love story, which Hira says is extremely beautiful. The drama is being produced by Sana Shahnawaz and Samina Humayun Saeed for ARY Digital.

Talking about Aseer e Mohabbat, Hira told Oye Yeah, “Its a love story, more like Heer Ranjha, Sassi Pannu; what we have read only in books. I feel like I have become the love story queen, because I have been getting and doing some amazing love stories for some time now. For this track, all I can say is that we haven’t seen such a love story on our televisions before. Aseer-e-Mohabbat is nothing of the run of the mill stories we have become so used to watching on our screens.”

Hira is playing Gaiti, a girl with an eastern mindset. She has a point of view and knows how and when to assert it. “My character is very different. Its not blunt, not bold but a very composed and balanced girl. It has been a challenging role for me, because she has a lot of shades. She’s innocent, she’s mature and she has set rules for her. Gaiti is the backbone of the play,” shares Hira.

Hira has had an amazing time shooting for the play and is all praises for her fellow co-stars. On working with Affan Waheed, Hira specially mentions, “Affan Waheed is not only handsome in looks but he’s a wonderful human being. I am amazed to learn this side of his personality. He prays five times a day, he’s punctual and he is such a brilliant actor that he convinces his costars to give their best onscreen as well. He’s a natural actor. On sets, Affan has such a positive persona that its contagious.”

After Pagli, Mehmood Aslam will again be playing Hira’s father. The father daughter chemistry in the play is simply amazing says Hira.