When people are practising self isolation, Hira and Mani are cuddling for a selfie 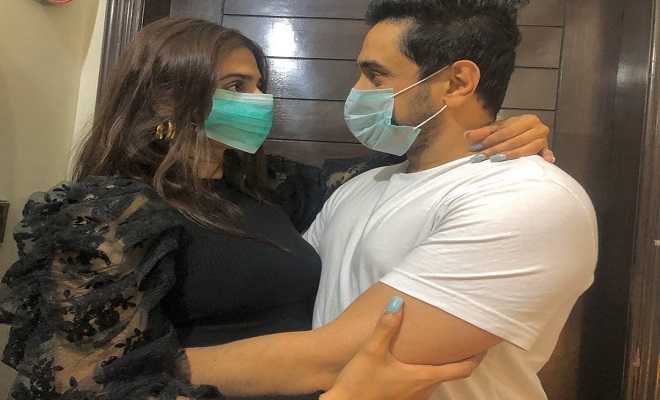 If there is one celebrity who lands herself in trouble with great panache, it has to be Hira Mani. Hira’s timing is just off when it comes to making comments. Now whether the actress does it habitually or just to seek attention, is only known by her. But recently, she has been at the receiving end of fire because of her carefree style and a general disregard for a number of things.

Amid the coronavirus scare, where people are practicing self-isolation and self-quarantine, Hira Mani, who earlier called Americans scardey-cats (not exactly that) for wearing masks to prevent themselves against COVID 19, again came under fire because of her latest picture.

In a trademark Hira Mani flamboyant style, Hira posted a picture of herself and her husband, cosying up to each other, with masks on.

Hira’s picture received a lot of flak for being disregarding to the on going pandemic that has claimed almsot 17000 lives around the world.

Here’s what the people have been saying;

I would want to knock some sense in Hira Mani to stop acting so ignorant, you’ve a great following and people look upto you. You want to visit the malls and think you’re daring, do it. Stop recording it and give a message out there that ITS OKAY cause ITS NOT OKAY.

I wonder what goes on in the mind of Hira Mani

Hira mani is such a fucking idiot