Can’t thank Allah enough for the overwhelming feedback and all the praises”, Saeed wrote on his Instagram. 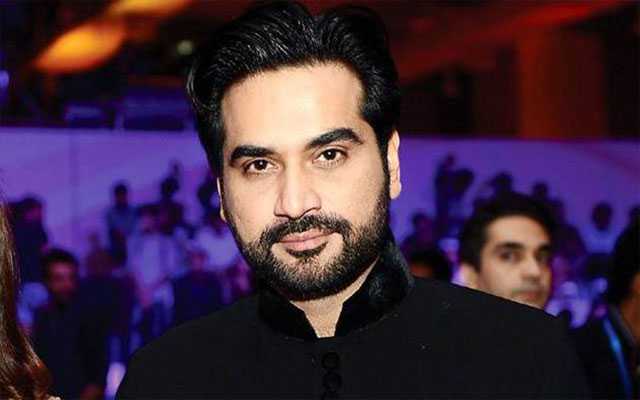 Amidst the overwhelming response from fans for drama “Mere Paas Tum Ho”, the Pakistani actor and producer Humayun Saeed thanked his fans and showered praises for the all the responses he received after the latest episode of the outstanding drama in a lengthy Instagram post and said that he was “greatly, greatly humbled”.

“Humbled, greatly, greatly humbled by the outpour of love and appreciation following last night’s episode of Mere Pas Tum Ho. Can’t Allah enough for the overwhelming feedback and all the praises”, Saeed wrote on his Instagram. 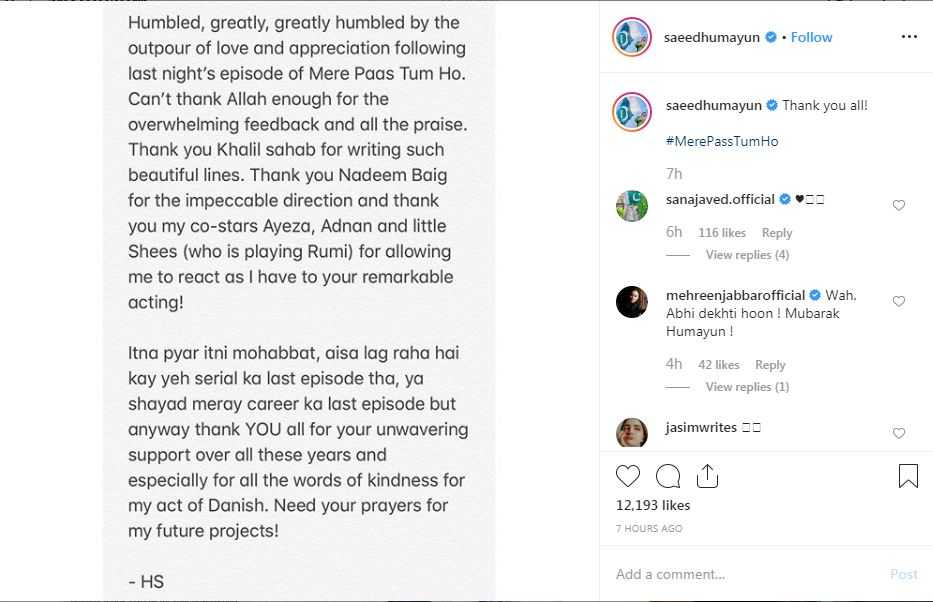 The actor also lauded the playwright, director and the co-actors’ effort for making the series a complete success.

He said, “Thank you Khalil sahib for writing such beautiful lines. Thank you, Nadeem Baig, for the impeccable direction and thank you, my co-stars, Ayeza, Adnan and little Shees (who is playing Rumi) for allowing me to react as I have to your remarkable acting!”

“It seems like it was the last episode of the series, or perhaps the last episode of my career but thank you all for your unwavering support over all these years and especially for all the words of kindness for my act of Danish. Need your prayers for my future projects!” he added.