Saeed took to Twitter to clarify that these rumours has no ounce of truth in it. 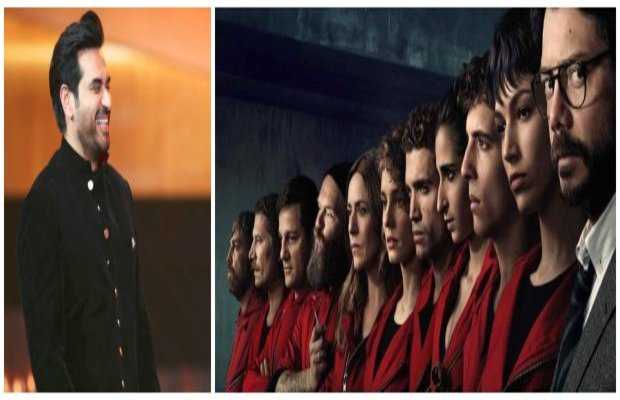 Over the weekend, rumours were making rounds on social media  that Humayun Saeed will be joining the cast of  Netflix series, La Casa de Papel (popularly known as Money Heist) as the series propels into its fourth outing.

It all started when a renowned web publication did a satirical piece where they mentioned that Humayun Saeed got in touch with ”Money Heist” producer Alex Pina to join Professor in Season 4 as ‘Islamabad’.

The publication was trying to take a dig at Humayun’s popularity after Meray Pass Tum Ho with the satire but Pakistani fans of Money Heist almost fell for it and started connecting dots as to where will Saeed fit in the show. With fan favorite cast member Berlin out of the picture,  people went so far as to dream that Humayun Saeed will replace him in the show.

Saeed took to Twitter to clarify that these rumours has no ounce of truth in it and that it was just a satire.

Calling out the web publication who had sparked these rumours with their satirical piece, Saeed told them to go a bit easy.

Relax guys this is just SATIRE. @parhlo team may be you need to go a bit easy

In the last season of “Money Heist” season 3, the professor was helped by Islamabad based Pakistani hackers to extract the date he needed to initiate and carry on his heist successful. The Pakistani link is what developed and spread rumors about Humayun Saeed joining the cast of the season finale which by the way isn’t true at all.

Season 4 of Money Heist aka La Casa De Papel will premiere on April 3rd 2020, on the streaming giant Netflix.