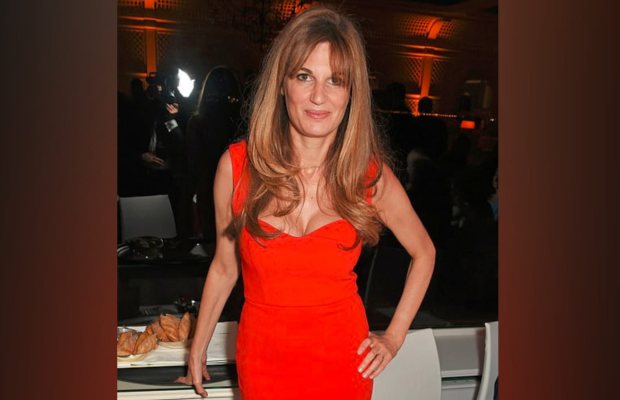 ‘Like Monica Lewinsky, I was in a relationship with a powerful older man and was used as a pawn’, says Jemima Khan former first wife of Pakistani PM Imran Khan.

The statement comes from the British journalist-turned-producer as she sat for an interview with Evening Standard, and gave a few insights into her private life as she talked about her upcoming projects.

Khan’s latest projects include Impeachment is a ten-part drama about Monica Lewinsky and Bill Clinton, staring Beanie Feldstein and Clive Owen, that Khan has produced with Ryan Murphy and premieres on BBC2 from October 19.

And also a rom-com What’s Love Got To Do With It, which she has written and produced starring Sajal Aly, Lily James, and Emma Thompson.

While, The Clinton Affair,  was the three-part documentary series she made in 2017 after befriending Lewinsky at a Vanity Fair party in New York.

My interview about Impeachment & working on the show with my friend and co-producer ⁦@MonicaLewinsky⁩ (BBC2 October 19th) https://t.co/IjHEh3p3Zw

“The stories that I choose to explore are always ones that resonate with me on a personal level,” Jemima said, adding, “Monica was really vulnerable because a famous actress had just said, ‘why did they let you in?’ I don’t think in England we have any real sense of the extent to which she was demonized. That was one of my big motivations for getting the documentary made and also this Ryan Murphy project.”

“During the interviews, she was describing the FBI sting, and I suddenly realized that the same year, in Pakistan, I’d had to leave the country because I’d also been threatened with jail on politically trumped-up charges. I’d been accused of smuggling antiques, one of the few non-bailable offences in Pakistan. I realized there were parallels, marrying an older, politically powerful man and being used to undermine him.”

“While we were making the documentary, ‘Me Too’ thing was happening. We did the first interviews with Monica in October and the second interview in January. In the first interviews, she talked about how consensual it was, how she didn’t feel exploited by the affair. But by the time she did the second set of interviews the world had changed; how you looked at power in the workplace, power disparities. So she basically started from scratch and this time around she said she was definitely the powerless one in that dynamic.”

While talking about, What’s Love Got To Do With It, Jemima Khan added, “I spent ten years writing that script. I just rewrote it and rewrote it,” says Khan. The film is informed by her years in Pakistan, if not a direct representation of them.

“When I went to Pakistan I probably had the same views as the rest of my friends about the concept of arranged marriage, which is that it is a mad, outdated idea. But I came back after ten years with a slightly different view, whereby I could see some merits to it. In a world where we are led entirely by the idea of romantic love, if we could inject some pragmatism into that, a little more objectivity, then we might find a middle ground somewhere between passion and pragmatism, and we might make better decisions.”

“When I was in Pakistan I genuinely ended up arranging marriages. Quite often these children of friends of my ex-husband would say, ‘ok, we’ll have an arranged marriage, but can Jemima be involved’. That didn’t mean that the parents didn’t have ultimate sign-off, but I was part of the process, and I saw them play out. I don’t want to be Pollyannaish, because I know that forced marriage is a whole different thing. But when it’s what has come to be known as assisted marriage, I’ve seen it work very successfully.”

And from here the conversation shifted towards her marriage to former cricketer and present Prime Minister of Pakistan.

However, on 22 June 2004, it was announced that the couple had divorced ending the nine-year marriage because it was “difficult for Jemima to adapt to the political life of Imran Khan in Pakistan”.

Khan is now 47, and she has two sons, Suleiman, 24, and Kasim, 22 with Imran Khan. She returned to the UK when she was 30, after spending a decade in Lahore as the wife of Imran Khan.

The original article also shared that “Jemima Khan lives with Tyrian White, 29, the (unacknowledged) daughter of Imran Khan and Sita White, who died when Tyrian was 11.”

“It is not a normal decision, aged 21, with all the freedoms and privileges that we grew up with, to essentially give those up, to go and live in an extremely black and white culture and adopt a black and white way of life and doctrine, with a man who was twice my age and a born again Muslim,” she said.

“At that point in my life, I found some reassurance in the prescriptiveness of that culture, that religion, that man. When my sister [India Jane Birley] was asked in an interview why I went there she said, very intelligently, ‘moral certitude.’ It was seen as this great amorous adventure and I am not sure that was the whole story. I would say, in retrospect, that moral certainty might have been more of a driving factor…

“But after ten years, what had felt reassuring — deferring to other people and not having to come up with solutions myself — began to feel like a loss of autonomy. As you get older you realize that you have the capacity to find some of the answers in yourself.”

Furthermore, the original interview story published by Evening Standard, claims that prior to marrying Imran Kha, Jemima had relationships with Hugh Grant and Russell Brand. She is currently single and resides in her two homes in West London and Oxfordshire.