Iman Aly to get married this February! 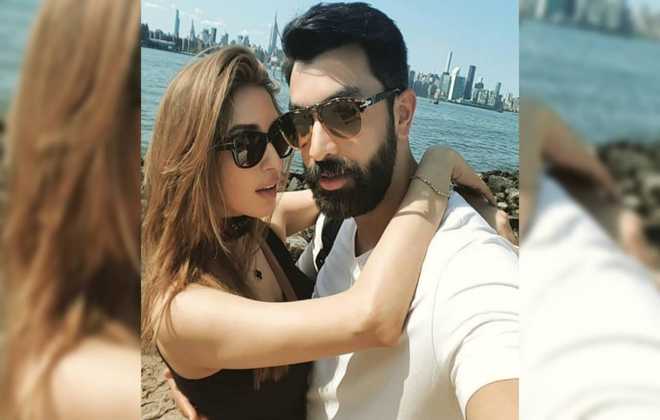 Iman Aly made her acting debut with Arman on PTV. The diva then appeared in a number of television shows and won hearts of the audiences when she starred in the Supreme Ishq music video directed by Shoaib Mansoor. ShoMan again cast Iman in his film Khuda Kay Liye, setting a benchmark for films in Pakistan.

Iman Aly has personified perfection in whatever she has done. From modeling to acting, the gorgeous diva has nailed just about everything and every performance. There is a rare sophistication to Iman, that makes her the sought after choice of every designer, director. Do you know Iman Aly was the first choice to play Amal in Punjab Nahi Jaungi.

Yesterday Iman’s best friend and designer HSY let her fans in on a big secret. Iman Aly is finally tying the knot and he came live direct from her dholki and dance practices.

Present at the residence was choreographer and friend Gohar Hayat as well.

Since then people have been looking up details for the groom. And because Iman Aly posted a photo with him, her fans have been going crazy.

Having seen her rock so much of bridal couture, we’re certain Iman Aly would make a sizzling bride, one who’ll set hearts on fire.