For the past few days, rumors of actor Imran Abbas and Alizeh Shah’s marriage have been circulating on social media.

However, Imran Abbas in a social media post is broken his silence and refuted all the rumors regarding his relationship.

“Baseless rumours at YouTube this week,”  Abbas wrote in a story captioned over posted a screenshot of the Youtube thumbnail. 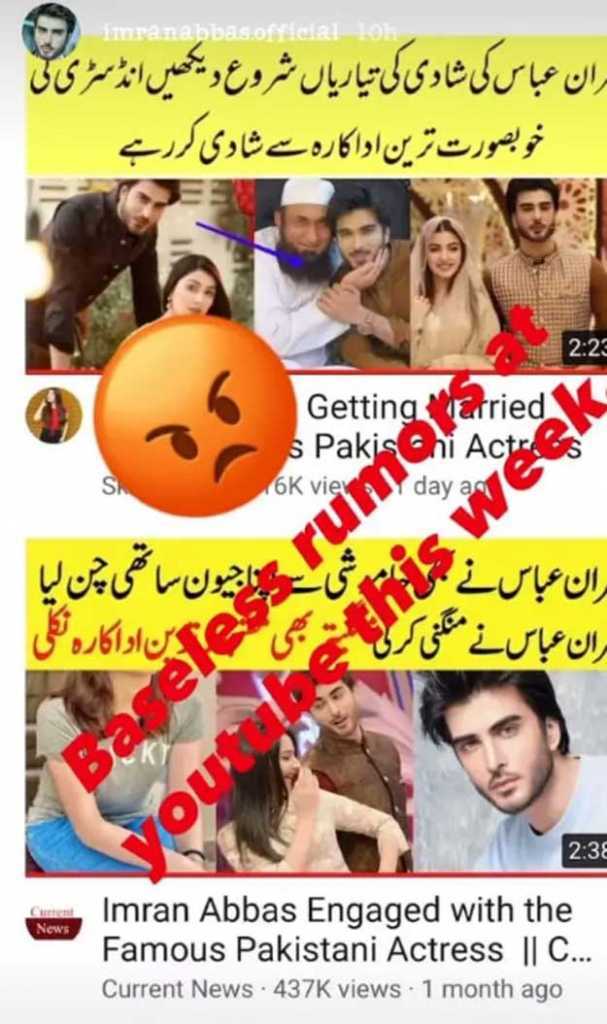 It was being reported on various social media websites and YouTube channels that preparations for their wedding have started and the duo of dramas will also become one in real life.

Abbas and Shah starred opposite each other in 2019’s TV serial Jo Tu Chahey.